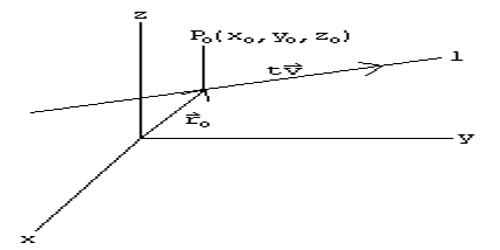 Theorems on Straight Lines and Plane

In mathematics, the term “line” actually refers to the “straight line”. It is a one-dimensional figure that extends in two opposite directions. A straight line can be defined as an interconnected set of an infinite number of points. The length of a line is infinite, while it has zero or no width as well as height. 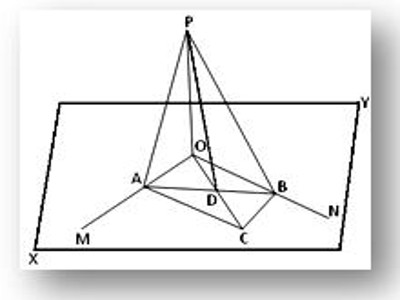 Construction: Through O draw any straight line OC in the XY plane and take any point C on it. Now, complete the parallelogram OACB in the XY plane by drawing lines CB and CA parallel to OM and ON respectively. Join AB, which cuts OC at D. Join PA, PB, and PD.

Therefore, PD is a median of the triangle APB; hence, by Apollonius theorem we get,

Again, OC is a median of the triangle OAB; hence, by the same theorem we get,

Now, OP is perpendicular to both OA and OB. Define and Discuss on Partial Integration