The Stromatolites of Hamelin Pool at Hamelin Station Reserve may resemble gigantic cauliflowers and rocks, but they are extremely important as modern examples of the Earth’s earliest known life forms.

Because non-biological processes can produce relatively similar structures and because such fossils have frequently been subjected to advanced alteration and metamorphism, the earliest morphological traces of life on Earth are frequently highly contentious. Stromatolites, layered organo-sedimentary structures that reflect complex interactions between microbial communities and their environment, have long been regarded as key macrofossils for detecting life in ancient sedimentary rocks; however, the biological origin of ancient stromatolites has been frequently questioned.

An article released in the Geological Society of America journal Geology uses a range of advanced two- and three-dimensional analytical techniques to establish the biological origins of Earth’s oldest stromatolites from the 3.48-billion-year-old Dresser Formation, Pilbara, Western Australia.

The Dresser Formation stromatolites have been mostly replaced by hematite (iron oxide) due to recent weathering. While this renders organic geochemical analyses impossible, this composition is highly relevant for the search for life on Mars.

Despite the fact that these stromatolites have been subjected to severe diagenesis and weathering and contain no organic materials, a team led by Dr. Keyron Hickman-Lewis of the Natural History Museum in London used optical and electron microscopy, elemental geochemistry, Raman spectroscopy, and laboratory- and synchrotron-based tomography to identify numerous characteristics suggestive of a biological origin.

In addition to performing laboratory tomography of 3D stromatolitic macrostructures, the team was able to achieve the first sub-micron pixel and voxel sizes for imaging of Precambrian stromatolite microstructures via phase contrast imaging at the Elettra Synchrotron in Trieste, Italy, using the SYRMEP beamline. This allowed the researchers to identify non-uniform layer morphologies, void spaces caused by the degassing of decaying organic materials, and pillar-like vertical structures interpreted as microbial palisade structure, a common indicator of phototrophic growth.

The Dresser Formation stromatolites have been mostly replaced by hematite (iron oxide) due to recent weathering. While this renders organic geochemical analyses impossible, this composition is highly relevant for the search for life on Mars.

Sedimentary rocks on Mars’ surface have been subjected to similar pervasive oxidation and contain mostly iron oxides in their upper centimeters to meters. In this regard, the Dresser Formation stromatolites may be uniquely relevant materials to inform us of the precise style of biosignature preservation expected on Mars.

As the Mars 2020 Perseverance rover continues its exploration of Jezero crater, we should look for morphological expressions of life similar to those found in the Dresser Formation and prepare for advanced multi-technique analyses when Martian samples are eventually returned to Earth. 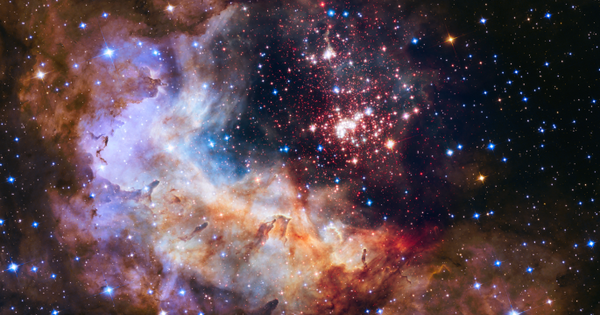 How Far Away From Earth is the Closest Black Hole?