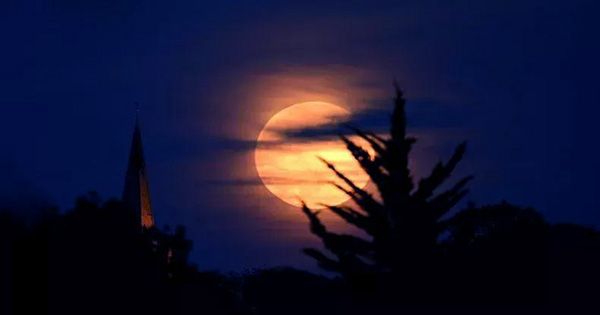 Like many in history, the late eighteenth century was a bad time to get sick. Go to a doctor and you can expect very little on the way to medication and be higher than the ideal level to bleed yourself in good health – at least, healthy enough to say “healthy, doctor, I think I’m fine now, please stop.” So it’s no surprise that people turned to alternative therapies – after all, they probably couldn’t be worse than what the doctor prescribed. This was the age at which homeopathy was created, the chains were used for deliveries and your slave babies were injected with infectious pus (although it was true that it worked). And a man in Berlin “healed” people with the moon.

The “Doctor” Weslder, who called himself, was a fun-timer who worked from a Dengee Seven in the German capital (you might have thought this would raise some suspicions, but it wasn’t long before people could tell that the man who cut their hair Cut off an arm by, so people were right with the idea of ​​taking beer during a medical appointment) Hundreds of his boozy habits. His treatment was as simple as it was universal: regardless of the illness, Wieselder would instruct the patient to extend the part of the body that had been struck by the moon, while he would very quietly spread a burning sound.

This treatment (in the absence of better words) needs to be repeated for three consecutive nights when the moon was in the first quarter, according to believers, sometimes lasting a few months – most of the illness you can recognize as that long time either clears up on its own or you Kills. The truth is that many people entrusted their health to Weslder and his lunar panacea, when you learn that Mrs. Weslder was doing the same thing at the other end of the torch.

The moon doctor himself treated male patients by sticking bad bits from the north-facing window, and his wife did the same with the female patients in the south-facing window, implying that the moon’s rays weren’t doing too much. Or there was an extra moon at the other end of the eighteenth-century Berlin sky that everyone later forgot about.