US government sensors discovered an unusually brilliant light over the western Pacific two years ago. Fortunately, it was caused by a massive meteorite passing through the atmosphere, not a potential military danger, but because of its strength, astronomers felt it merited further study. A team from the University of Western Ontario has discovered what looks to be the asteroid’s path 10 minutes before it collided with Earth’s atmosphere by tracing through historical photos.

Meteorites are incredibly significant sources of knowledge on the creation of the Solar System. Astronomers prize especially those who fall into uncommon groups. Recently, the proliferation of video cameras has made it occasionally possible to follow an incoming object’s trajectory through the atmosphere. This can occasionally be used to determine the object’s orbit before it fell, identifying the origins of various meteorite varieties.

Astronomers set out to improve upon the CNEOS 20200918 finding because they reasoned that anything that could have produced such a brilliant flash should have been seen in astronomical images. In a work submitted to the Planetary Science Journal, they claim that additional detections from the Hawaii-based ATLAS Haleakal telescope and the satellite-borne infrared detector Geostationary Lightning Mapper proved their assumption to be correct.

The authors concluded that the CNEOS 20200918 asteroid, which they acknowledge depends on some assumptions about its density, was roughly 3 meters (10 feet) wide and weighed an estimated 23 tonnes before it collided with the Earth’s atmosphere. It was 11,900 kilometers (7,500 miles) from Earth when the image was obtained, which, believe it or not, is fairly slow for a space rock. Ten minutes later, it entered the atmosphere. It passed over our area twice a year because of its somewhat longer and wider orbit than the one on Earth. Its brightness fluctuated, indicating that it was turning strangely but not exceptionally quickly.

It’s not the first time an object has been captured on camera both in outer space and engulfed in flames as it detonates. Since an asteroid’s orbit had to be determined on each of the previous five occasions, we were alert, most recently in the case of the rock that struck off the coast of Iceland in March. When that specific incident was described using the incredibly memetic unit “half a giraffe,” it became well known online.

Similar attempts have been undertaken by the authors, led by Dr. David Clark, to identify the asteroids that cause fireballs (extremely bright meteors) in old pictures, but so far without success. The odds of recovering any fragments are slim because the meteorite slammed into the western Pacific. The scientific importance of matching the orbit to the makeup of any piece is increased by the accuracy with which the orbit has been calculated. It is unlikely, though, that it would be seen as being so valuable that efforts will be made to recover it from the ocean’s floor, as is happening with a 2014 meteorite believed to have come from outside the Solar System. Highly unique space rock is required to support that level of effort.

On the other hand, the authors believe that if we can replicate this achievement with additional brilliant meteors in the future, we will eventually succeed with a meteor that lands in a more accessible location. 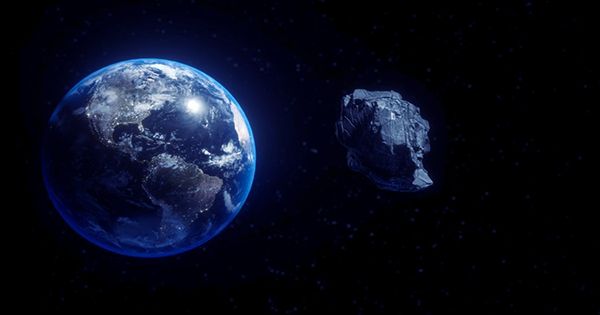 PubNub rises $65M to build and run data streams for messaging, presence, and other real-time aspects of ‘virtual spaces’