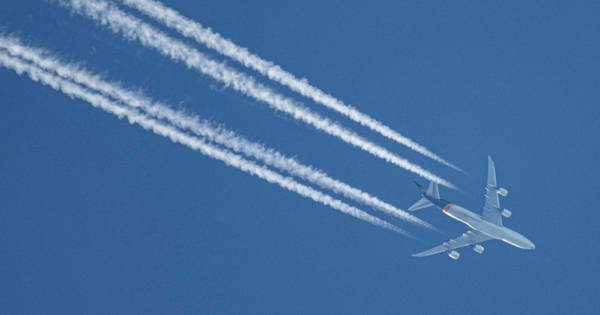 Aviation is one of the most rapidly increasing sources of greenhouse gas emissions. The EU is taking steps to reduce aviation emissions in Europe and is collaborating with the international community to develop global-reaching policies.

Although the aviation emissions targets are consistent with the overall goals of the Paris Agreement, there is a high likelihood that the climate impact of aviation will fall short of these targets, according to a new study.

Aviation is an important contributor to the global economy, but it also contributes to climate change by producing carbon dioxide (CO2) and other non-CO2 effects such as the formation of nitrogen oxides, ozone, and contrail cirrus clouds, all of which contribute to global warming.

Researchers believe that, as long as the industry recovers, the restrictions imposed on global air travel in response to the COVID-19 lockdown will have only a temporary impact on aviation’s overall climate impact.

Although the emissions targets for aviation are in line with the overall goals of the Paris Agreement, there is a high likelihood that the climate impact of aviation will not meet these goals, according to a new study.

An international research team led by experts from the University of Birmingham published their findings today in Nature Communications, and they believe that non-CO2 effects will continue to play a significant role in aviation’s climate impact in the coming years.

These effects, however, are not addressed in the International Civil Aviation Organization’s (ICAO) goal of climate-neutral growth and are only partially addressed in Flightpath 2050, the European Commission’s aviation vision.

Although the Flightpath 2050 emissions goals are likely to stabilize aviation’s climate impact, and the ICAO’s offsetting scheme CORSIA will exceed the climate target set to support the Paris Agreement’s 1.5 °C goals between 2025 and 2064, the researchers warn that despite the implementation of a variety of mitigation options within the sector, an increasing aviation-induced global warming effect is likely.

“Technological improvements to engines, airframes, and operations will not be enough to sufficiently reduce the impact of aviation on climate change,” said study co-author Dr. Simon Blakey, Senior Lecturer in Mechanical Engineering at the University of Birmingham. To limit aviation’s environmental impact, we must investigate all mitigation options concurrently, including increased use of sustainable fuels and market-based measures.

Aviation also has an impact on the climate by releasing nitrogen oxides, water vapor, and sulfate and soot particles at high altitudes, which can have a significant climate impact. A study conducted by the European Aviation Safety Agency (EASA) in November 2020 investigates the non-CO2 effects of aviation on climate change, fulfilling a requirement of the EU Emissions Trading System Directive. Overall, the report confirms the importance of combined non-CO2 climate impacts from aviation activities, which were previously estimated to be at least as significant as those of CO2 alone.

“Accounting for sustainable fuels must take into account both non-CO2 emissions in use and CO2 emissions in fuel production. If we base all of our calculations solely on CO2, we will overlook the significant improvements in non-CO2 emissions that these fuels can provide, particularly in reducing particulate matter emissions, which contribute to increased warming at cruise conditions.”

There is currently a lot of interest in policies, regulations, and research aimed at reducing the climate impact of aviation. The researchers simulated the impact of these measures on global warming, examining potential technical improvements and challenging sector target assumptions with a range of scenarios up to 2100.

To better understand the potential effects of the pandemic on the climate impact of aviation, the researchers examined three alternative paths for international recovery from the lockdown of nation-states and the resulting dramatic reduction in air travel.

They considered a three-year fast recovery, a 15-year slow recovery, and a change in habits as a result of the lock-down, such as a shift toward web conferences rather than face-to-face meetings.