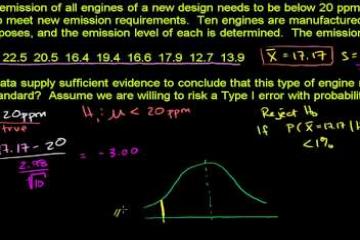 Tests of Hypothesis
This lesson describes how to test a hypothesis about a proportion when the sample size is small, as long as the sample includes at least one success and one failure.

When you have completed this chapter, you will be able to:
Describe the characteristics of Student’s t-distribution.
Understand the difference between dependent and independent samples.
Understand the assumptions necessary to conduct a test of hypothesis regarding a population mean, when the number of observations is small.
Conduct a test of hypothesis regarding one population mean.

Lecture on Measures of Central Tendency

Lecture on Measure of Central Tendency