Home Science Astronomy Supermassive Black Holes May Form from Dark Matter, According to a New Study The finding, which was published in Monthly Notices of the Royal Astronomical Society, has important ramifications for cosmology in the early Universe. Scientists have never observed more than 80% of the material that makes up the universe. The behavior of stars, planets, and galaxies just wouldn’t make sense without it, thus we can only presume that dark matter exists.

A black hole forms when ordinary baryonic matter, which includes the atoms and elements that make up stars, planets, and all other visible objects, collapses under the force of gravity. Black holes then continue to grow throughout time.

The idea that dark energy is a quality of space is one way to explain it. Amazing characteristics of space exist, many of which are only now being fully comprehended. Dark matter is entirely undetectable.

Since it doesn’t emit any light or energy, ordinary sensors and detectors are unable to pick it up. Scientists believe that its composition must hold the key to understanding its cryptic nature.

The latest research, which looks into the possibility of stable dark matter galaxy cores around by diluted dark matter haloes, discovers that these structures’ centers might get so dense that they might eventually collapse into supermassive black holes if a crucial point is crossed.

This model shows how dark matter haloes could harbour dense concentrations at their centres, which may play a crucial role in helping to understand the formation of supermassive black holes. Here we’ve proven for the first time that such core-halo dark matter distributions can indeed form in a cosmological framework, and remain stable for the lifetime of the Universe.

Contrary to what is now known, the model suggests that this might have occurred considerably more swiftly than other formation techniques and allowed supermassive black holes to develop in the early Universe before the galaxies they occupy.

Carlos R. Argüelles, the researcher at Universidad Nacional de La Plata and ICRANet who led the investigation comments: “This new formation scenario may offer a natural explanation for how supermassive black holes formed in the early Universe, without requiring prior star formation or needing to invoke seed black holes with unrealistic accretion rates.”

The possibility that smaller dark matter halos, such as those that surround some dwarf galaxies, might not reach the critical mass required for implosion into a black hole is another exciting result of the new model.

The scientists speculate that instead of the anticipated black hole, this may leave smaller dwarf galaxies with a central dark matter nucleus.

The dark matter outer halo may also be able to explain the observed galaxy rotation curves, while the dark matter core may still mimic the gravitational signatures of a typical central black hole.

“This model shows how dark matter haloes could harbour dense concentrations at their centres, which may play a crucial role in helping to understand the formation of supermassive black holes,” added Carlos.

“Here we’ve proven for the first time that such core-halo dark matter distributions can indeed form in a cosmological framework, and remain stable for the lifetime of the Universe.”

The majority of scientists believe that non-baryonic matter makes up dark matter. The leading possibility, WIMPS (weakly interacting massive particles), is thought to have masses between ten and one hundred times that of a proton, but their detection is problematic due to their weak interactions with “normal” matter.

The scientists want for future research to investigate if the centers of inactive galaxies, like our own Milky Way, may have these dense dark matter cores in order to throw further light on the creation of supermassive black holes in the very early days of our Universe. 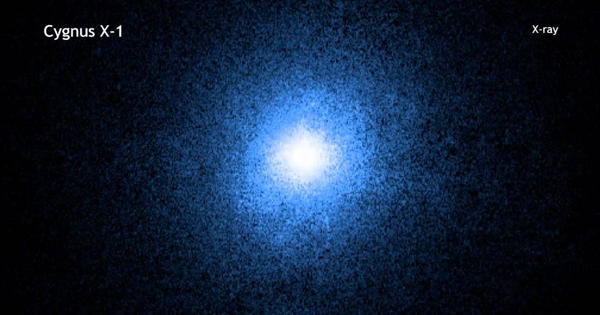