The UPV/’Materials+Technologies’ EHU’s (GMT) Group used 3D printing to develop tablets based on different types of starch for the purpose of personalised therapies, and confirmed that drug release could be tailored by optimizing the right starch type and tablet shape.

In this respect, rapidly disintegrating tablets are emerging as a good option as they dissolve the moment they are placed on the tongue. Another challenge pharmaceutical companies need to address is the controlled release of the drug over time, especially when the drug is of a hydrophobic type, i.e. when dissolving it in water poses problems.

The material produced has to be inserted into a syringe before printing. However, before that you have to make sure that the material is going to be printable and that once printed it will keep its shape. To do this, a detailed rheological analysis has to be carried out.

In this context, “3D printing technology is an advanced technique for personalised medicine and the development of on-demand drug-release tablets,” said Kizkitza González of the UPV/EHU’s Materials+Technologies Group (GMT). “The main aim of this work was to produce 3D printed starch-based tablets for the tailored delivery of hydrophobic drugs,” said the author of the paper.

3D printing is a technology that involves the layer-by-layer printing of products in which materials are deposited according to a digital model created by computer design software. “We were able to prepare tablets based on three types of starch – two types of maize starch (normal and waxy) and one type of potato starch- with different geometries and loaded with a non-soluble drug,” said Kizkitza González, using a quick, simple methodology and 3D printing.

“The material produced has to be inserted into a syringe before printing. However, before that you have to make sure that the material is going to be printable and that once printed it will keep its shape. To do this, a detailed rheological analysis has to be carried out,” explained the UPV/EHU researcher. The three types of starch have displayed appropriate rheological properties, although in the case of potato starch the printing process turned out to be more laborious due to its properties.

Furthermore, “we observed the importance of the botanic origin of the starch in practically all the properties, such as porous microstructure, the formation of a stable network or the release of the drug. In the case of normal maize starch, drug release is instantaneous and the drug is fully released within 10 minutes; in the case of waxy maize starch and potato starch, release is more continuous and can take up to 6 hours for full release. We were also able to demonstrate the importance of tablet geometry in drug release,” said Kizkitza González.

Finally, “Tablets containing a variety of starches were also printed. In this case, the release occurs in two stages. In the case of an infection, for example, a medicine could be released immediately to relieve pain in an initial stage using normal maize starch, and an antibiotic could be released more continuously in a subsequent stage using either of the other two types of starch “According to the UPV/EHU researcher.

Kizkitza González recognizes that this is just the beginning of a long process, but she believes that “the starch-based 3D printed tablets they produced displayed promising properties for future personalised drug delivery applications.” 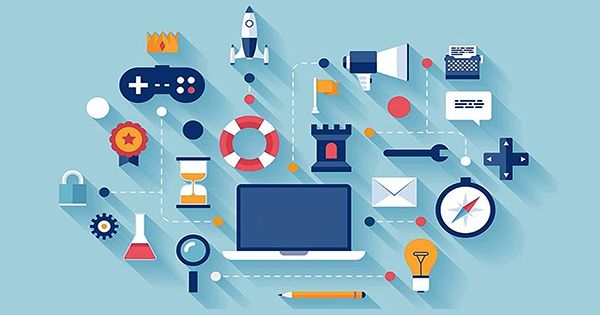 After Proving Need for No-Code Apps, Glide Rewarded With $20M Series A