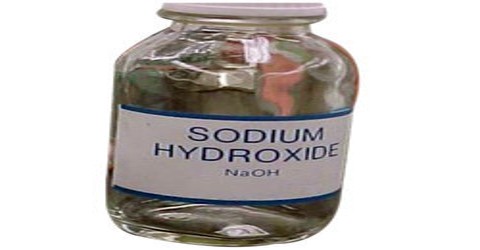 Sodium hydroxide is toxic and strongly alkaline and is used to make chemicals and soaps and to refine petroleum. It is a white, corrosive, solid compound that absorbs water and carbon dioxide from the atmosphere and forms lye when in solution. It is a highly caustic base and alkali that decomposes proteins at ordinary ambient temperatures and may cause severe chemical burns. It is highly soluble in water and readily absorbs moisture and carbon dioxide from the air. It forms a series of hydrates NaOH·nH2O.

Sodium hydroxide is very corrosive. It is generally used as a solid or a 50% solution. Other common names include caustic soda and lye. Sodium hydroxide is used to manufacture soaps, rayon, paper, explosives, dyestuffs, and petroleum products. It is also used in processing cotton fabric, laundering and bleaching, metal cleaning and processing, oxide coating, electroplating, and electrolytic extracting. It is commonly present in commercial drain and oven cleaners. Methods of Production about Sodium Hydroxide

Sodium hydroxide is produced, along with chlorine and hydrogen, via the chloralkali process. This involves the electrolysis of an aqueous solution of sodium chloride. The sodium hydroxide builds up at the cathode, where water is reduced to hydrogen gas and hydroxide ion: 2Na+ + 2H2O + 2e− → H2 + 2NaOH

To produce NaOH it is necessary to prevent reaction of the NaOH with the chlorine. This is typically done in one of three ways, of which the membrane cell process is economically the most viable.

An older method for sodium hydroxide production was the LeBlanc process, which produced sodium carbonate, followed by roasting to create carbon dioxide and sodium oxide. This method is still occasionally used. It helped to establish sodium hydroxide as an important commodity chemical. Sodium hydroxide is used in many scenarios where it is desirable to increase the alkalinity of a mixture, or to neutralize acids. Around 56% of sodium hydroxide produced is used by industry, 25% of which is used in the paper industry. It is a very common base used in the chemical industry and is used for many things, many of which occur in our daily lives.

Sodium Hydroxide is also used quite a bit in food processing.  The compound is often used in steps for peeling fruits and vegetables, processing cocoa and chocolate, thickening of ice cream, poultry scalding and soda processing.  Olives are soaked in Sodium Hydroxide along with other substances to make them black, and soft pretzels are also coated with the compound to give them a chewy texture. Other uses include: Solvation of sodium hydroxide is highly exothermic, and the resulting heat may cause heat burns or ignite flamables. The combination of aluminium and sodium hydroxide results in a large production of hydrogen gas: 2Al( s) + 6NaOH(aq) → 3H2(g) + 2Na3AlO3(aq).

Mixing these two in a closed container is therefore dangerous.