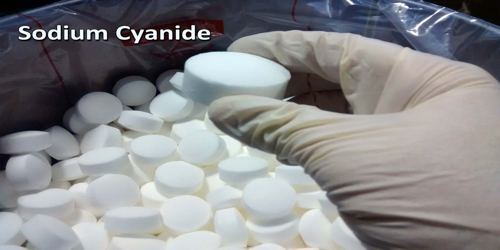 Sodium cyanide (NaCN) is a highly soluble, a white odourless crystalline soluble poisonous compound with an odour of hydrogen cyanide when damp. It is an inorganic compound with the formula NaCN. Its main application, in gold mining, also exploits its high reactivity toward metals. When treated with acid, it forms the toxic gas hydrogen cyanide: NaCN + H2SO4 → HCN + NaHSO4 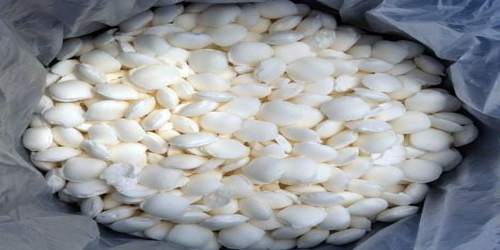 Sodium cyanide is a dry, solid, non volatile product. Although highly toxic, it is a low hazard chemical, easy to transport and use safely. Whether in a dry or solution form, with proper transport, handling and disposal measures, cyanide can be a safe effective asset to a variety of industries and consumers.

The structure of solid NaCN is related to that of sodium chloride, in which the numbers of cations and anions are equal with six coordinates. Each sodium ion forms pi-bonds with two CN- groups, two “bent” Na—CN, and two “bent” Na—NC links. 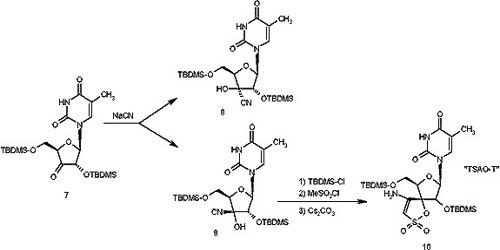 Production and Properties of Sodium Cyanide

In the past, NaCN was prepared by Castner-Kellner process, an electrolytic method involving the reaction of sodium amide with carbon at high temperatures.

However, this process has now become obsolete due to its low production rate and long length of time. 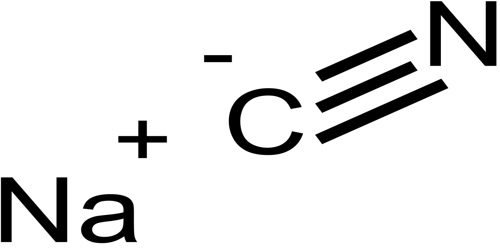 The new method of production of the chemical agent is performed by a simple acid-base reaction. Here, hydrogen cyanide or prussic acid is bubbled into sodium hydroxide, a strong base to form crystalline salt of sodium cyanide.

Sodium cyanide is available in the form of white, crystalline powder. It has a characteristic faint almond-like odor under moist conditions. However, it is generally odorless under dry conditions. It normally boils at 1496°C/1769 K/1047°F. The temperature at which the crystalline compound melts is 563.7°C/837 K /1047 °F. It is highly soluble in cold water and sparingly soluble in ethanol. The solubility of the compound is normally found to be 48 g/100 mL at 10 °C and 82 g/100 mL at 34.7 °C. It is not a volatile compound and usually marked as a non-flammable agent.

Sodium cyanide is used in mining for extraction of gold and other expensive metals. Gold being a least reactive metal shows a high affinity for cyanide, causing it to oxidize, and dissolve in the presence of oxygen and water. Sodium gold cyanide and sodium hydroxide are the respective products of this extraction process. 80% of total cyanide production is used to produce nitrile, nylon and acrylic plastics. Other industrial applications include electroplating, metal processing, steel hardening, photographic applications and synthetic rubber production. 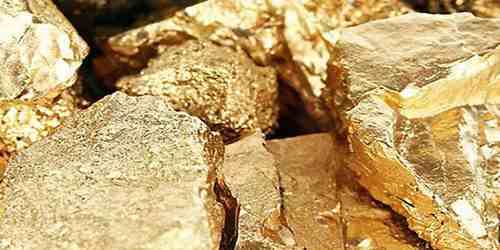 Several commercially significant chemical compounds are derived from cyanide, including cyanuric chloride, cyanogen chloride, and many nitriles. In organic synthesis, cyanide, which is classified as a strong nucleophile, is used to prepare nitriles, which occur widely in many specialty chemicals, including pharmaceuticals.

Being highly toxic, sodium cyanide is used to kill or stun rapidly such as in widely illegal cyanide fishing and in collecting jars used by entomologists. Capture and Storage of Carbon Dioxide in a Safer Method 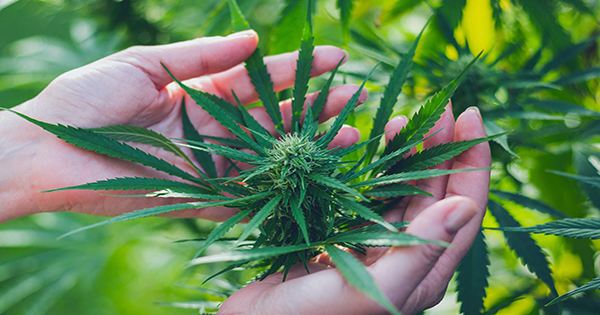 This Is Why Weed Smells So Skunky 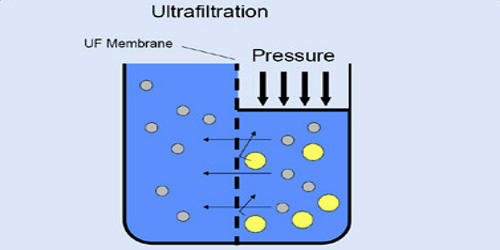