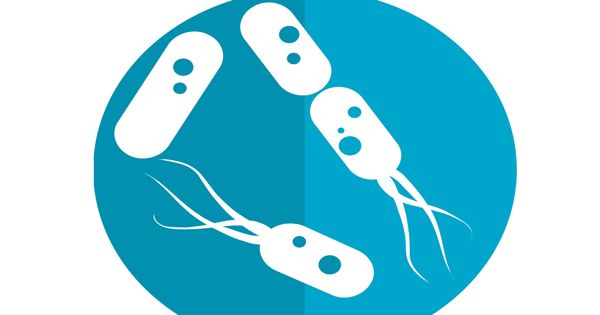 Scientists are Unraveling the Reversible Changes of the Gut’s Microbiome

Bacterial cells outnumber human cells by at least a factor of ten. This community, known as the microbiome, may play a role in regulating one’s risk of obesity, asthma, and allergies. Some scientists are now wondering if the microbiome plays a role in an even more important process: mate selection and, ultimately, evolution.

How does our gut react to and adapt to changing circumstances? Where does this essential and fundamental flexibility come from? Scientists at Technion are deciphering the genius of the gut microbiome, from microbiota to genetic inversion.

In collaboration with scientists from Harvard University, Assistant Professor Naama Geva-Zatorsky and doctoral student Nadav Ben-Assa of the Rappaport Faculty of Medicine decoded a reversible genetic inversion mechanism that helps a bacterial species of the gut microbiota deal with changes in its habitat. Their findings were published in Nucleic Acids Research, an Oxford University Press peer-reviewed scientific journal.

The human microbiota is a collection of microbes (bacteria, viruses, and so on) that colonize the human body’s inner and outer surfaces. The human intestine has the most diverse and abundant microbiota population.

Gut microbiota serves as a critical coping mechanism in the gut’s dynamic environment, which is characterized by constant structural, mechanical, and chemical change. Rapid, reversible changes in genomes in response to external stimuli are one mechanism that aids the gut microbiota’s performance.

The microbiome is made up of both beneficial and potentially harmful microbes. Most are symbiotic (beneficial to both the human body and the microbiota) and a few are pathogenic (harmful to both the human body and the microbiota) (promoting disease). Pathogenic and symbiotic microbiota coexist without conflict in a healthy body. Dysbiosis occurs when there is a disruption in that balance, which can be caused by infectious diseases, certain diets, or the prolonged use of antibiotics or other bacteria-destroying medications. As a result, the body may become more prone to illness.

This mechanism is discussed in an article published in Nucleic Acids Research about Bacteroides fragilis, one of the most abundant bacterial species in the human gut. This bacterium has the ability to invert a large number of defined regions in its genome sequence. The researchers concentrated on the relationship between this ability and gene expression in the organism.

The researchers examined the gene expressions of these changes (recombination) and discovered extensive changes in the bacterial genome.

“We discovered changes in the sugars surrounding the bacterium, among other things,” Prof. Geva-Zatorsky explained. “These sugars act as a kind of ‘identity card,’ allowing the bacterium to communicate with its surroundings. They also assist our bodies, or more specifically, our immune system, in identifying and responding to the type of bacterium present. This is why we believe that changes in the gut alter that ‘identity card,’ allowing our cells to respond to the bacterium in a variety of ways.”

The researchers stressed that these are reversible genetic inversions caused by recombination of genome regions in a major system in the B. fragilis organism. As a result, this recombination has a large impact on the organism’s gene expression, including the expression of many important molecules.

Genetic analysis was carried out using SMRT (single molecule real-time) sequencing, a cutting-edge technology developed by Pacific Biosciences (PacBio) over the last decade. The technology allows for long-range DNA sequencing and mapping, as well as the detection of epigenetic DNA modifications. Genetic recombination influenced genetic modifications and, as a result, the gene expression of B. fragilis in its entirety in the studied system. The system can also detect hostile elements such as bacteriophages, which is the subject of a new laboratory study that is currently underway.