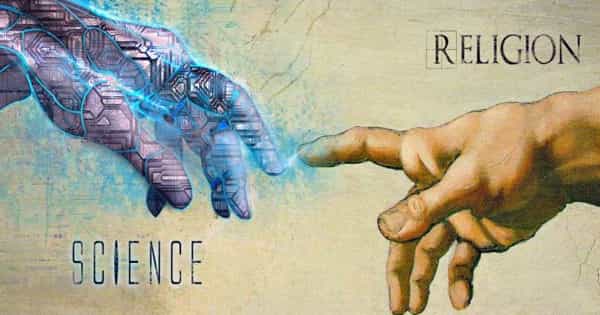 With the rapid advancement of science and technology in recent years, the gap between the two has grown even wider. Science, on the other hand, draws conclusions based on experiments and analytical logic, whereas religious theories are based on experience, meditation, and blind faith. Religion is a subjective matter, whereas science deals with things objectively. In this day and age of rapid scientific advancements in all fields, the future of humanity will be determined by the way the next generation lives in order to reconcile the conflict between science and religion.

Religion is primarily a matter of faith, a purely subjective topic, whereas science is entirely based on reasoning and analytically proving concepts through laboratory or mechanical experiments. Religion always speaks the truth in poetic and touching sentiment, whereas science always speaks the truth in crude language and absolute terms. While science is responsible for all of the world’s material progress, religion is responsible for providing mental peace and solace in a world where everyone is mortal. Through science, one can amass unimaginable wealth, unimaginable luxuries, all material and physical things that he requires to make him more efficient, quicker, and important in the eyes of others, but he can only secure mental solace, self-respect, and internal peace through religion. Science provides a man with luxuries and materialistic living, whereas religion provides him with peace of mind.

Bernard Shaw once said, “life will lose its charm when faith is replaced by cold scientific reason.”

Many great scientists, scholars, political leaders, and writers have given credit for their accomplishments to the Almighty, a supernatural being, demonstrating that religion is not a trivial concept to dismiss. In the materialistic world created by scientific inventions and discoveries, there is no weightage for moral and ethical values, but without moral and ethical values, the world becomes a self-destructive entity. Pushing a nuclear warhead button may result in the destruction of the entire world or civilization; science will not tell you the consequences of the act of pushing a button, but it is the moral and ethical values instilled in a man as a result of his faith in a religion that prevents him from pushing such a button as it can destroy the beautiful creature of living being created by the will of Almighty.

Science’s approach to life is crude, monotonous, lifeless, and devoid of feelings of love and emotions, whereas religion approaches life with animation, feelings of faith, love for all human beings, faith in self, and faith in the Omnipotent, Omnipresent a Superbeing. According to religion, man exists by the will of God’, and all good and bad events occur solely by the will of God’, whereas science rejects all of these concepts and believes that the birth of a child is the result of a sexual relationship between a man and a woman.

Science has been able to cure several incurable diseases, but it has not been able to conquer death. Science cannot explain the reason and cause of the soul’s birth. Many of the world’s mysteries are beyond the scope of science. Religion provides answers to the above questions, but they are unprovable because religion is based on faith and belief, which cannot be justified or proven scientifically.

Swami Vivekananda stated at the Parliament of Religions in Chicago in 1893, “Science is nothing but the discovery of unity.” When science achieves perfect unity, further progress is halted because the goal has been reached.

Thus, chemistry could not advance further unless it discovered one element from which all others could be made. Physics will cease to exist when it is able to fulfill its purpose of discovering one energy of which all others are but manifestations and religion will be complete when it discovers ‘Him’ who is the one living in a universe of death, ‘Him’ who is the constant foundation of an ever-changing world, ‘Him’ who is the only soul of which all souls are but delusive manifestations. Thus, the ultimate unity is attained through multiplicity and duality. Religion cannot progress any further; this is the ultimate goal of all sciences. All Sciences are bound to come to this conclusion in the long run. Manifestation and not creation is the word of science today.”

According to religious philosophy, “Everything in this Universe was created by the ‘Almighty,’ and there lives a ‘Soul,’ an invisible thing in every human being’s body.” ‘God’ and the soul are both eternal and immortal. The body of man is mortal; when a person dies, the body is destroyed; the soul simply takes charge of a new body in the womb of a lady. Science does not accept the existence of a ‘Soul’ or a ‘God,’ and it does not believe in ‘Rebirth,’ among other things.”

Diversities prevailed in various concepts of different religions, and the selfish interests of the various protagonists of religion turned out to be havens of superstitions and unscientific, illogical traditions, rituals, and religion became a hegemony of some people. Untouchability, the division of society based on birth, caste, and creed, has resulted in a significant loss for the civilized world. To satisfy the lust for power, and the organized war was waged among followers of various religions, killing thousands of innocent lives, and thus the basic concept of religion was completely betrayed. Religion is a pious concept, contemplated to infuse moral and ethical values in the human being to spread love, peace, and fraternity among the civilized world.

Science and religion are two completely different concepts. Science is concerned with the materialistic progress of the world, with the need to arrange physical things necessary for the comfort and luxury of man, whereas religion, in its true sense, is concerned with the peace of mind, the internal solace, the spiritual advancement of man, and the good of all concepts.