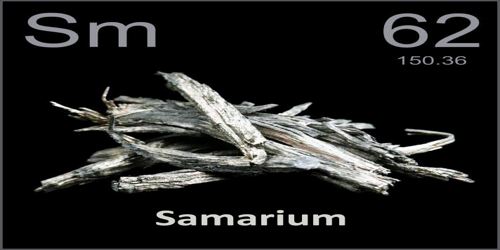 Samarium is a silvery-white metallic element of the lanthanide series that exists in several forms and has seven naturally occurring isotopes. Its atomic number 62; atomic weight 150.36; melting point 1,072°C; boiling point 1,791°C; specific gravity approximately 7.50; valence 2, 3. Being a typical member of the lanthanide series, samarium usually assumes the oxidation state +3. Compounds of samarium(II) are also known, most notably the monoxide SmO, monochalcogenides SmS, SmSe and SmTe, as well as samarium(II) iodide. It is used to make glass that absorbs infrared light and to absorb neutrons in the fuel rods of nuclear reactors. 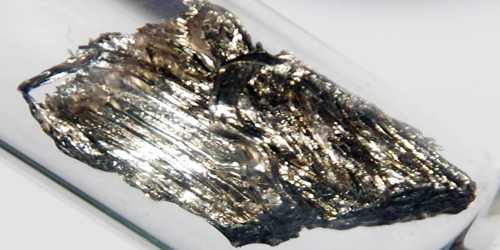 Samarium was one of the rare earths (aka lanthanoids) which perplexed and puzzled the chemists of the 1800s. Its history began with the discovery of cerium in 1803. This was suspected of harbouring other metals, and in 1839 Carl Mosander claimed to have obtained lanthanum and didymium from it. While he was right about lanthanum, he was wrong about didymium. In 1879, Paul-Émile Lecoq de Boisbaudran extracted didymium from the mineral samarskite. He then made a solution of didymium nitrate and added ammonium hydroxide. He observed that the precipitate which formed came down in two stages. He concentrated his attention on the first precipitate and measured its spectrum which revealed it to be a new element samarium. Samarium itself was eventually to yield other rare-earths: gadolinium in 1886 and europium in 1901.

The major commercial application of samarium is in samarium-cobalt magnets, which have permanent magnetization second only to neodymium magnets; however, samarium compounds can withstand significantly higher temperatures, above 700 °C (1,292 °F), without losing their magnetic properties, due to the alloy’s higher Curie point. It is also formed as a decay product during the reactor operation and is one of the important factors considered in the reactor design and operation. Other applications of samarium include catalysis of chemical reactions, radioactive dating and an X-ray laser.

Occurrences, Production and Properties of Samarium

Samarium is a moderately soft metal, silvery white in colour. It is relatively stable in air, slowly oxidizing to Sm2O3. It rapidly dissolves in diluted acids—except hydrofluoric acid (HF), in which it is stable because of formation of a protective trifluoride (SmF3) layer. Samarium is a moderately strong paramagnet above 109 K (−164 °C, or −263 °F). Below 109 K, antiferromagnetic order develops for the cubic sites in the samarium lattice, and the hexagonal site atoms finally order antiferromagnetically below 14 K (−259 °C, or −434 °F). 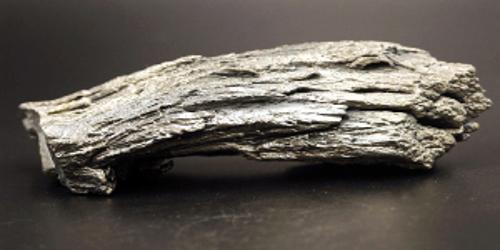 Samarium is not found free in nature, but, like other rare earth elements, is contained in many minerals, including monazite, bastnäsite, cerite, gadolinite and samarskite; monazite (in which samarium occurs at concentrations of up to 2.8%) and bastnäsite are mostly used as commercial sources. World resources of samarium are estimated at two million tonnes; they are mostly located in China, US, Brazil, India, Sri Lanka and Australia, and the annual production is about 700 tonnes.

Samarium-151 is produced in nuclear fission of uranium with the yield of about 0.4% of the total number of fission events. It is also synthesized upon neutron capture by samarium-149, which is added to the control rods of nuclear reactors. Consequently, samarium-151 is present in spent nuclear fuel and radioactive waste. 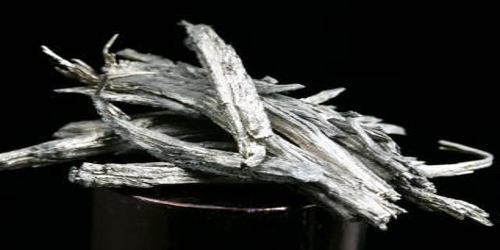 Its Elements can be classified based on their physical states (States of Matter) e.g. gas, solid or liquid. This element is a solid. Samarium is classified as an element in the Lanthanide series as one of the “Rare Earth Elements” which can located in Group 3 elements of the Periodic Table and in the 6th and 7th periods. The Rare Earth Elements are divided into the Lanthanide and Actinide series. The elements in the Lanthanide series closely resemble lanthanum, and one another, in their chemical and physical properties. Their compounds are used as catalysts in the production of petroleum and synthetic products. 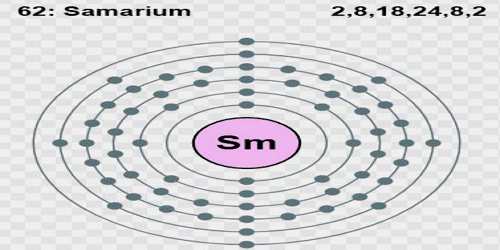 The most common use of samarium is with cobalt (Co) in high-strength SmCo5– and Sm2Co17-based permanent magnets suitable for high-temperature applications. Samarium-cobalt magnets are much more powerful than iron magnets. They remain magnetic at high temperatures and so are used in microwave applications. They enabled the miniaturisation of electronic devices like headphones, and the development of personal stereos. However, neodymium magnets are now more commonly used instead.

Samarium is used to dope calcium chloride crystals for use in optical lasers. It is also used in infrared absorbing glass and as a neutron absorber in nuclear reactors. Samarium oxide finds specialised use in glass and ceramics. In common with other lanthanides, samarium is used in carbon arc lighting for studio lighting and projection. 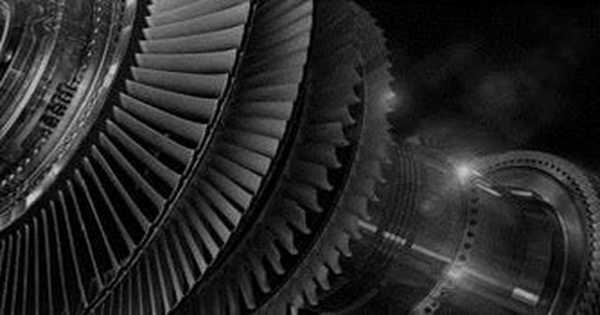 Identifying the Root of a Fatal Condition in Combustion Rocket Engines 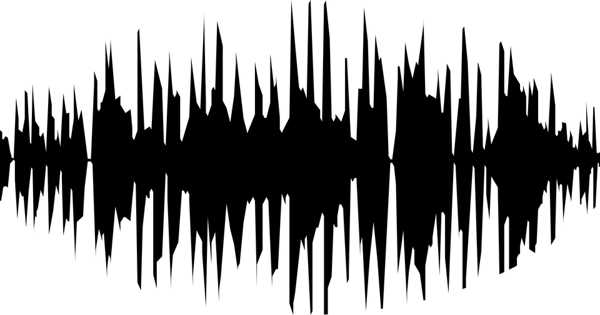 Using Polarized Light to Control Electrons and Vibrations in a Crystal 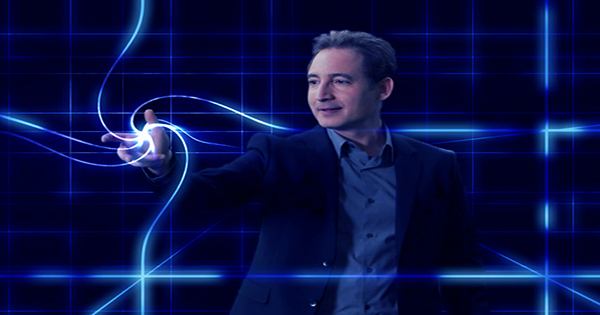 Watch The First Ever Video Of A Space-Time Crystal