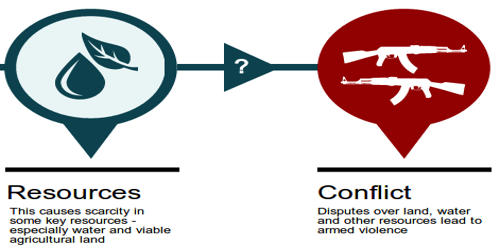 There are various reasons put forward to explain this resource curse, such as corruption, appreciation in the exchange rate, foreign ownership, and conflict. There are many theories and much academic debate about the reasons for, and exceptions to, these adverse outcomes. It occurs as a country begins to focus all of its production means on a single industry, such as mining or oil production, and neglects investment in other major sectors. Examples of resource-rich countries, with relatively poor rates of economic growth, include Nigeria, Zambia, Sierra Leone, Angola, Saudi Arabia, and Venezuela. If the resource runs out, the economy is left with only a small industrial sector and scope for growth. Most experts believe the resource curse is not universal or inevitable but affects certain types of countries or regions under certain conditions. Resource-poor countries, such as Korea, Taiwan, Hong Kong, Japan, and Singapore, by contrast, have experienced better rates of economic growth.

Firstly, when so much of an economy relies on one single resource, it’s really vulnerable to price changes in that resource. Take the price of oil for example. It has been fluctuating, going up and down quite dramatically, for decades. In the last few years, the price has dropped by almost a half. Examples of natural resources that reflect these characteristics are oil; minerals like silver, copper, gold, iron; and marine resources that are non-renewable.

Secondly, not many jobs are created in selling natural resources, and because they tend to be owned by whoever happened to find them first, they’re linked to high inequality and concentration of power. However, more recently, research has started to show that the resource curse is not as strong a theory as people first thought.