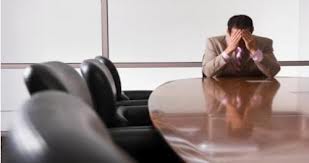 Any academic course of the study has a great value when it has a particular application in the real life. Only a lot of theoretical knowledge will be little important unless it is applicable in practical field. So we need proper application of our knowledge to get some benefit from our theoretical knowledge to make it more fruitful. When we engage ourselves in such field to make proper use of our knowledge in our practical life only then we come to know about the benefit of the theoretical knowledge. Such an application is possible through internship as an integral part of MBA program of our university I have been engaged in Bangladesh Shilpa Bank (BSB) Head Office, Motijheel Commercial Area Dhaka, to complete the same where my concentration is on “Sick Industry Rehabilitation- an overview on Bangladesh Shilpa Bank”.

As the level of industrial development increase in Bangladesh so banks give loan towards the advancement of various sectors for industrialization. It helps to manage all types of efforts from establishment to implement of its operation. They also help to accumulate of human capital and technological innovations and facilitate in the project implementation. Bangladesh is one of the countries of manifestation. Here industrial sector is very weak whereas, industrially developed countries are dominating the world. So Government has established Bangladesh Shilpa Bank to strengthen the industrial sector. Since Bangladesh is a developing country and the present economic situation of Bangladesh is of open market in nature. So, in this situation, the specialized bank like BSB can play necessary role towards the economic improvements.

Now a day there is an increasing trend in industrial sectors in Bangladesh but performance of the entire industrial sectors are not up to the standard. Many firms in different industries are becoming increasingly sick. Some of these firms are liquidated or closed and some are not on the verge of being closed. Shy firms are increasingly becoming sick and what action to be taken to ensure their survival and growths are yet to be discovered. This study addresses the issues pertains the above-mentioned problems.

1.3 Objective of the Study:

-To gets an overall idea about the operation of BSB

-To examine the success status of loan recovery

-To identify status of sickness of enterprises financed by BSB

-To identify the causes behind sickness of enterprises

-To evolve measures for overcome the problem of sickness

-To determine the limitation of Bangladesh Shilpa Bank

-To understand the rehabilitation program

-To know which firms are rehabilitate and which are not

-To recommend some steps to overcome such problem

1.4 Rationale of the Study:

As a developing country, it is necessary to enrich the industrial growth of our country of compete with the global market and open market economy as now we are in a global village. To facilitate the industrial growth and strengthen out economy, the government of Bangladesh has established BSB immediately after liberation war in 1972. Whereas, BSB extends long and medium term loan facilities in local and foreign currencies, provides working capital loans to Industrial units, provides equity support, Involved in Capital market activities, also extends commercial banking service though it is a specialized bank for the development of the industries. There are so many industries, which have already been established as a pioneer industry of our country with the help of BSB finance. But our industrial growth has not yet reached at expected level. There are so many industries that are not operating in the market with profit. Why we have not yet reached at expected level of growth comparing with other countries with the same variables as Bangladesh belong to-it is my query. The study will help us to get the reasons of sickness and tools to overcome these complexities in sick industries in our country.

1.5 Methodology of the Study:

The report “Sick Industries Rehabilitation” has been prepared absolutely based on BSB. I have used some graphical presentation, growth rate, and trend analysis. In this study, the descriptive as well as some analytical types of research have undertaken to gain insight and to understand about the overall operations and mainly the sick industries rehabilitation by BSB In this study, I have relied on both primary and secondary sources of data the sources are as follows:

i.    Oral and informal conversation with the different departmental

i.      Printed forms and documents supplied by the official of BSB.

1.6 Limitation of the Study

This internship report is my first assignment outside our course curriculum in the particular life. To prepare the report we have faced divergent problems and among them main limitations are as follows.

•    Lack of previous practical experience in this concern.

•    Confidentiality is the main problem; as a result some confidential facts were not sufficiently disclosed by the respective personnel.

The main function of BSB is to extend financial assistance to the industrial project. According to the BSB project means the scheme for capital investment to develop facilities and to provide goods and services. To give a loan in a project, the project has to satisfy the overall viability. Consequently, the project appraisal covers five different aspects viz., Management and organization, technical, Market, Economic and Financial. Although the five steps are followed in case of implementation of a project, but these five steps cannot always ensure that a project would be successful because there are many uncertain events, which may cause a project sick or unsuccessful and in such a situation, BSB has nothing to do but rehabilitate the project Rehabilitation of a project means to reshape the existing projects that is diagnosis a weak or sick projects so that it may operate successfully in future.

All sick industries are not possible to rehabilitate. It is mainly depends on the nature of the sickness. BSB provides assistance in a predefined criterion to the sick industry that is probable to rehabilitate. The predefined creations are based on the perspective of management, technological, financial. The BSB also put realistic efforts to rehabilitate its sick, problem-ridden and stuck up projects. In this perspective BSB has taken three-dimensional measures comprising of debt relief, injection of additional funds and direct Management. The bank for the rehabilitation of the sick project takes three steps. It is mentionable that with a view to make such project profitable the bank applies a combination of measures including a financial package.

The former Industrial Development Bank of Pakistan (IDBP) and Equity Participation Fund (EPF) both of which were established for the industrial development of Pakistan were converted into a single institution names Bangladesh Shilpa Bank (BSB) after-liberation war in 1971. BSB comes into existence on October31, 1972 by the promulgation of Bangladesh Shilpa Order 1972 (President Order no 129 of 1972). The BSB order, 1972 was amended subsequently by the parliament to provide more operational autonomy to its management

The main objective of BSB is to provide finance both in local and foreign currencies for establishment of new industrial project as well as to balancing, modernization, replacement and expansion (BMRE) of existing industrial units in Bangladesh both in public and private sectors. It also provides other types of financial assistance’s like guarantees for credit/loans, equity-support, and working capital loan to the BSB financed projects. BSB also provide banking business on limited scales.

At least Government subscribed 51 percent of the authorized capital of BSB and local or foreign Financial Institutions subscribed by Bangladeshi nationals or the remaining 49 percent. Presently, 100 percent ownership of the Bank belongs to the Government.

Accelerating the process of industrialization of the country by providing financial assistance and equity support;

For industrial projects (both new and BMRE) in the private and public sector as well as partnership and proprietorship concern.

Provide equity support by way of participation in the equity of the company in the form of underwriting and bridge finance to public limited companies.

Issues guarantees on behalf of borrowers for repayment of loan.

Bangladesh Shilpa Bank being the prime Development Financing Institution continued its efforts to make an effective contribution towards expansion of industrialization process of the county. It emphasis on long term lending to the viable new projects having comparative advantage, export prospects, forward and backward linkages and local technology as well as raw material based projects.

During FY2007-08, the bank tried to meet its fund requirement from various sources for lending and investment. The bank emphasized more on no cost and /or low cost deposit mobilization during the period. Total deposit was Tk.707.3 million on June 30, 2006 as against Tk.655.43 in the previous year.

The bank kept on sanctioning of term loans during FY2007-08. This year local currency Loan of Tk. 918 million was sanctioned to 20 projects & short loan of about tk.3 million to 3 projects. . Of the total sanctioned amount, Tk.538 million for new 12 projects and an additional loan of Tk.380 million for 8 -existing projects.

2.7.4 Commitment and Disbursement of Term Loans:

During FY 2007-08, the bank invested Tk.66.16 million to purchase shares from the primary and secondary market and the bank earned an amount of Tk. 14.47 million as Capital gain, dividend, and commission from share trading

Loan recovery is a crucial index to measure the success of a lending organization. Like previous year, this year too, The Bank has strengthened its recovery drive for real realizing loans and dues from its borrowers and significant success was achieved. Total recovery target of loans during FY 2007-08was Tk.900 million, against which actual cash recovery was Tk. 981.20 million constituting 7 percent increase. During the reporting year outstanding loan of Tk. 423.00 million was regularized through rescheduling and replacement of bad and doubtful loan accounts.

The Bank initiates legal actions under the BSB Order, 1972 against those defaulting and recalcitrant borrowers who fail to come up with any satisfactory settlement of Banks dues after all normal recovery efforts have been exhausted.

Apart from the tasks mentioned above, the bank assist the interested entrepreneurs in selecting industrial projects, upgrade the professional competence and skills of its employees, improve the working efficiency by providing better customer service, computerizing of banks activities.

Name of the Directors and the entities in which they have interest as on 30 June, 2008: