According to recent findings, glassfrogs, which are famed for their remarkably transparent muscles and undersides, carry out their “disappearing actions” by stashing almost all of their red blood cells in their distinctively reflective livers.

The study, which was conducted by researchers at Duke University and the American Museum of Natural History, is being published in the journal Science on Friday. The work may open up new directions in the study of blood clots, which frogs manage to avoid by daily packing and unpacking of nearly 90% of their red blood cells into their livers.

“There are more than 150 species of known glassfrogs in the world, and yet we’re really just starting to learn about some of the really incredible ways they interact with their environment,” said co-lead author Jesse Delia, a Gerstner postdoctoral fellow in the Museum’s Department of Herpetology.

This is the first of a series of studies documenting the physiology of vertebrate transparency, and it will hopefully stimulate biomedical work to translate these frogs’ extreme physiology into novel targets for human health and medicine.

Glassfrogs are nocturnal amphibians that spend their days resting upside down on transparent leaves that match the color of their backs, which is a popular technique for camouflaging. They are found in the American tropics. However, their stomachs reveal a startling feature: translucent skin and muscle that makes their bones and internal organs apparent, earning the glassfrog its common name.

According to recent studies, this adaptation conceals the frogs’ silhouette on their leafy perches, making it more difficult for predators to identify them.

Animals that dwell in water frequently use transparency as a sort of camouflage, but those that live on land rarely do. Transparency is difficult to achieve in vertebrates because of the abundance of red blood cells that interact with light in their circulatory systems.

According to studies, ice fish and larval eels are transparent because they don’t produce red blood cells or hemoglobin. The results of the new study show that glassfrogs, however, employ a different tactic.

“Glassfrogs overcome this challenge by essentially hiding red blood cells from view,” said Carlos Taboada, the study’s co-lead author from Duke University. “They almost pause their respiratory system during the day, even at high temperatures.”

The researchers at Duke University employed a method called photoacoustic imaging, which causes sound waves to originate from red blood cells. This is particularly crucial to this study because the transparency of glassfrogs is hampered by activity, stress, anesthesia, and death. This enables researchers to map the position of the cells within sleeping frogs without confinement, contrast compounds, sacrifice, or surgical manipulation.

Hyalinobatrachium fleischmanni, a particular species of glassfrog, was the subject of the study’s attention. They discovered that while glassfrogs are at rest, their liver, which contains reflecting guanine crystals, absorbs roughly 90% of their red blood cells, increasing transparency two to threefold.

The red blood cells are reintroduced into the blood whenever the frogs need to become active again. This provides the frogs the ability to move, at which point light absorption from these cells causes transparency to be broken.

Red blood cell accumulation can result in life-threatening blood clots in veins and arteries in most vertebrates. However, the absence of clotting in glassfrogs poses a number of important problems for biological and medical experts.

“This is the first of a series of studies documenting the physiology of vertebrate transparency, and it will hopefully stimulate biomedical work to translate these frogs’ extreme physiology into novel targets for human health and medicine,” Delia said. 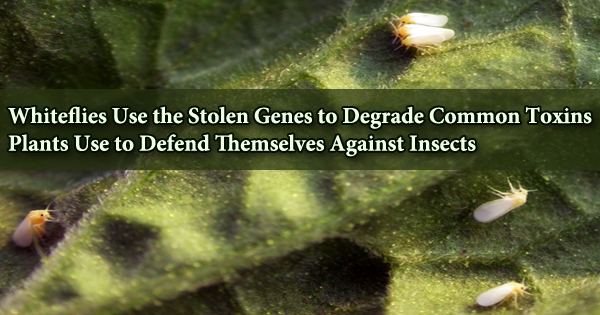