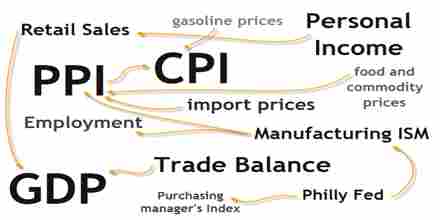 This lecture briefly focus on a Tour of the Major Economic Indicators. It is tutorial based presentation for higher level students.Inflation Rate, nominal GDP, real GDP etc are major economic indicators. GDP is the value of final goods and services produced in the economy during a given period. Nominal GDP is the sum of the quantities of final goods produced multiplied by their current price. The inflation rate is the rate at which the price level increases. Symmetrically, deflation is sustained decline in the price level. It corresponds to a negative inflation rate.

Presentation on Fluctuation in the Price of Rice Market

The Data of Macroeconomics