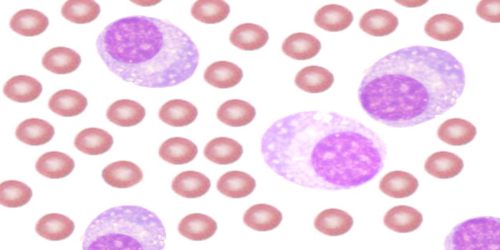 Plasma cell is a lymphocyte that originates from a B cell and produces antibodies as part of a humoral immune response. They are transported by the blood plasma and the lymphatic system. As with most cell types, plasma cells can mutate to give rise to cancer. Plasma cell malignancies include plasmacytoma, multiple myeloma, Waldenstrom macroglobulinemia, and plasma cell leukemia. It is also known as plasmacyte.

Each plasma cell can secrete several thousand molecules of antibody, thus releasing a large amount of antibody into the circulation. The initial burst of antibody production gradually decreases as the stimulus is removed (e.g., by recovery from infection). 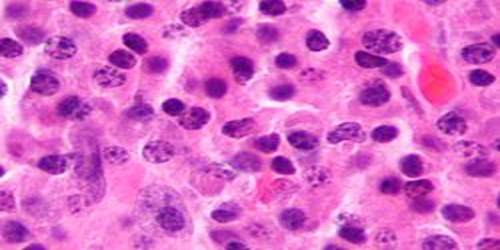 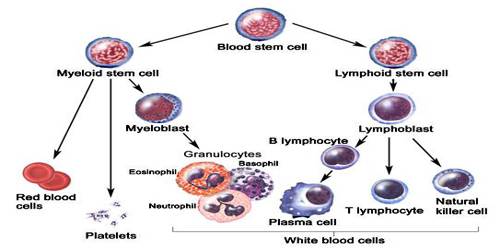 Development and Functions of Plasma Cell

Plasma cells are terminally differentiated B lymphocytes that provide protective immunity through the continuous secretion of antibodies. The regulation of antibody production is linked to the generation and maintenance of plasmablasts and plasma cells from their B cell precursors. Plasmablasts are the rapidly produced and short-lived effector cells of the early antibody response, whereas plasma cells are the long-lived mediators of lasting humoral immunity.

Plasma cells can arise from two developmental routes: one occurring outside the follicle and another within the germinal center. A B cell’s decision to follow one of these pathways is in part determined by the phenotypic subset to which it belongs and is also influenced by the nature of the antigen eliciting the response and the affinity of the B-cell receptor for that antigen. Once a plasma cell has chosen one of these pathways, the outcome of differentiation is relatively hard-wired. However, the phenotype of the plasma cells arising from these two pathways is distinct in terms of survival, location, and the quantity and quality of antibody they secrete.

An extraordinary number of control mechanisms, at both the cellular and molecular levels, underlie the regulation of this essential arm of the immune response. Despite this complexity, the terminal differentiation of B cells can be described as a simple probabilistic process that is governed by a central gene-regulatory network and modified by environmental stimuli. 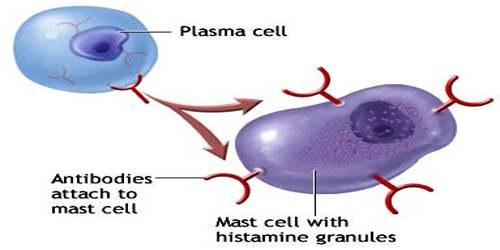 Primary amyloidosis (AL) is caused by the deposition of excess immunoglobulin light chains which are secreted from plasma cells.

Common variable immunodeficiency is thought to be due to a problem in the differentiation from lymphocytes to plasma cells. The result is a low serum antibody level and risk of infections.