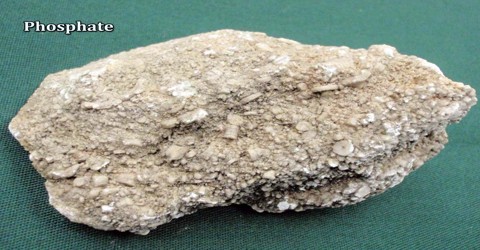 In biology, adding phosphates to—and removing them from—proteins in cells are both pivotal in the regulation of metabolic processes. Referred to as phosphorylation and dephosphorylation, respectively, they are important ways that energy is stored and released in living systems.

Production of phosphoric acid or any of the various phosphates discussed here are produced by one of only two general methods:

The wet process takes phosphate rock through a sulfuric acid digestion. Impurities are precipitated out and after filtering, a “green phosphoric acid” is produced. This is usually used in fertilizers. To produce phosphates by the furnace process, high quality phosphate rock is heated in an electric furnace to vaporize elemental phosphorous. Under carefully controlled conditions combining sodium or potassium salts, temperature and time, ortho phosphate is converted to condensed phosphates. Condensed phosphates are sometimes called metaphosphates but are generally called polyphosphates. Used in fertilizers (as plant nutrient) and in detergents (as ‘builders’ or water softeners), phosphates are a major source of water pollution. There presence in lakes and ponds encourages explosive algae growth which depletes water-dissolved oxygen, resulting in elimination of other forms of aquatic life.

Phosphorus is present naturally in food, water and even human bodies. In our body, phosphorus is present in our genes, teeth, and bones — even our muscles work because of the phosphorus in adenosine triphosphate. A single phosphorus compound can be used in a broad range of applications, including pharmaceuticals, personal care products, industrial & institutional cleaners and other technical uses, such as in fire extinguishers. Phosphate products are a significant part of everyday living. In addition to their versatility, government authorities also recognize them as safe for worker exposure and handling and for use in the home. In many bodies of water, phosphorus is a limiting nutrient and controlling its level is an important step in preventing eutrophication, or an overabundance of nutrients. In most areas, a majority of the phosphorus comes from the environment itself, and only a fraction, about a third, comes from consumer products.

There are a few characteristics that define phosphate properties, mainly molecular structure and pH (generally in a 1% solution). These determine the functionality of phosphates, which in turn determine how phosphates are used. They can contribute buffering strength, sequestering (or chelating) power, dispersion and absorptive capabilities, and solubility. Phosphates are usually used as compounds of phosphate ions in combination with one or more common elements, such as sodium, calcium, potassium, and aluminum.

Phosphates are usually used as compounds of phosphate ions in combination with one or more common elements, such as sodium, calcium, potassium, and aluminum.