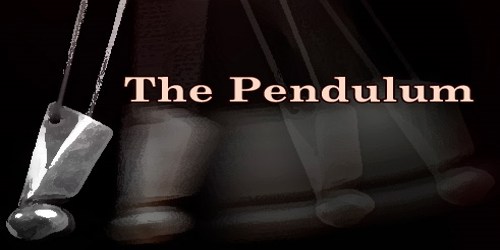 How long it had continued this way Layeville didn’t know. It might have been millions of years he’d spent sitting here in the massive glass pendulum watching the world tip one way and another, up and down, dizzily before his eyes until they ached. Since first they had locked him in the pendulum’s round glass head and set if swinging it had never stopped or changed. Continuous, monotonous movements over and above the ground. So huge was this pendulum that it shadowed one hundred feet or more with every majestic sweep of its gleaming shape, dangling from the metal intestines of the shining machine overhead. It took three or four seconds for it to traverse the one hundred feet one way, three or four seconds to come back.

The Prisoner of Time! That’s what they called him now! Now, fettered to the very machine he had planned and constructed. A prisoner of time! A prisoner of Time! With every swing of the pendulum it echoed in his thoughts. For ever like this until he went insane. He tried to focus his eyes on the arching hotness of the earth as it swept past beneath him.

They had laughed at him a few days before. Or was it a week? A month? A year? He didn’t know. This ceaseless pitching had filled him with an aching confusion. They had laughed at him when he said, some time before all this, he could bridge time gaps and travel into futurity. He had designed a huge machine to warp space, invited thirty of the world’s most gifted scientists to help him finish his colossal attempt to scratch the future wall of time.

The hour of the accident spun back to him now thru misted memory. The display of the time machine to the public. The exact moment when he stood on the platform with the thirty scientists and pulled the main switch! The scientists, all of them, blasted into ashes from wild electrical flames! Before the eyes of two million witnesses who had come to the laboratory or were tuned in by television at home! He had slain the world’s greatest scientists!

He recalled the moment of shocked horror that followed. Something radically wrong had happened to the machine. He, Layeville, the inventor of the machine, had staggered backward, his clothes flaming and eating up about him. No time for explanations. Then he had collapsed in the blackness of pain and numbing defeat.

Swept to a hasty trial, Layeville faced jeering throngs calling out for his death. “Destroy the Time Machine!” they cried. “And destroy this murderer with it!”

Murderer! And he had tried to help humanity. This was his reward.

One man had leaped onto the tribunal platform at the trial, crying, “No! Don’t destroy the machine! I have a better plan! A revenge for this man!” His finger pointed at Layeville where the inventor sat unshaven and haggard, his eyes failure glazed. “We shall rebuild his machine, take his precious metals, and put up a monument to his slaughtering! We’ll put him on exhibition for life within his executioning device!” The crowd roared approval like thunder shaking the tribunal hall.

Then, pushing hands, days in prison, months. Finally, led forth into the hot sunshine, he was carried in a small rocket car to the center of the city. The shock of what he saw brought him back to reality. They had rebuilt his machine into a towering timepiece with a pendulum. He stumbled forward, urged on by thrusting hands, listening to the roar of thousands of voices damning him. Into the transparent pendulum head they pushed him and clamped it tight with weldings.

Then they set the pendulum swinging and stood back. Slowly, very slowly, it rocked back and forth, increasing in speed. Layeville had pounded futilely at the glass, screaming. The faces became blurred, were only tearing pink blobs before him.

He hadn’t minded it so much at first, that first nite. He couldn’t sleep, but it was not uncomfortable. The lites of the city were comets with tails that pelted from rite to left like foaming fireworks. But as the nite wore on he felt a gnawing in his stomach that grew worse. He got very sick and vomited. The next day he couldn’t eat anything.

They never stopped the pendulum, not once. Instead of letting him eat quietly, they slid the food down the stem of the pendulum in a special tube, in little round parcels that plunked at his feet. The first time he attempted eating he was unsuccessful, it wouldn’t stay down. In desperation he hammered against the cold glass with his fists until they bled, crying hoarsely, but he heard nothing but his own weak, fear-wracked words muffled in his ears.

After some time had elapsed he got so that he could eat, even sleep while travelling back and forth this way. They allowed him small glass loops on the floor and leather thongs with which he tied himself down at nite and slept a soundless slumber without sliding.

People came to look at him. He accustomed his eyes to the swift flite and followed their curiosity-etched faces, first close by in the middle, then far away to the right, middle again, and to the left.

He saw the faces gaping, speaking soundless words, laughing and pointing at the prisoner of time traveling forever nowhere. But after awhile the town people vanished and it was only tourists who came and read the sign that said: “THIS IS THE PRISONER OF TIME JOHN LAYEVILLE, WHO KILLED THIRTY OF THE WORLDS FINEST SCIENTISTS!” The school children, on the electrical moving sidewalk stopped to stare in childish awe. “THE PRISONER OF TIME!”

Often he thot of that title. God, but it was ironic, that he should invent a time machine and have it converted into a clock, and that he, in its pendulum, should mete out the years traveling with Time.

He couldn’t remember how long it had been. The days and nites ran together in his memory. His unshaven checks had developed a short beard and then ceased growing. How long a time? How long?

Once a day they sent down a tube after he ate and vacuumed up the cell, disposing of any wastes. Once in a great while they sent him a book, but that was all.

The robots took care of him now. Evidently the humans thot it a waste of time to bother over their prisoner. The robots brot the food, cleaned the pendulum cell, oiled the machinery, worked tirelessly from dawn until the sun crimsoned westward. At this rate it could keep on for centuries.

But one day as Layeville stared at the city and its people in the blur of ascent and descent, he perceived a swarming darkness that extended in the heavens. The city rocket ships that crossed the sky on pillars of scarlet flame darted helplessly, frightenedly for shelter. The people ran like water splashed on tiles, screaming soundlessly. Alien creatures fluttered down, great gelatinous masses of black that sucked out the life of all. They clustered thickly over everything, glistened momentarily upon the pendulum and its body above, over the whirling wheels and roaring bowels of the metal creature once a Time Machine. An hour later they dwindled away over the horizon and never came back. The city was dead.

Up and down, Layeville went on his journey to nowhere, in his prison, a strange smile etched on his lips. In a week or more, he knew, he would be the only man alive on earth.

Elation flamed within him. This was his victory! Where the other men had planned the pendulum as a prison it had been an asylum against annihilation now!

Day after day the robots still came, worked, unabated by the visitation of the black horde. They came every week, brot food, tinkered, checked, oiled, cleaned. Up and down, back and forth, “THE PENDULUM!”

…a thousand years must have passed before the sky again showed life over the dead Earth. A silvery bullet of space dropped from the clouds, steaming, and hovered over the dead city where now only a few solitary robots performed their tasks. In the gathering dusk the lites of the metropolis glimmered on. Other automatons appeared on the rampways like spiders on twisting webs, scurrying about, checking, oiling, working in their crisp mechanical manner.

And the creatures in the alien projectile found the time mechanism, the pendulum swinging up and down, back and forth, up and down. The robots still cared for it, oiled it, tinkering.

A thousand years this pendulum had swung. Made of glass the round disk at the bottom was, but now when food was lowered by the robots through the tube it lay untouched. Later, when the vacuum tube came down and cleaned out the cell it took that very food with it.

Back and forth up and down.

The visitors saw something inside the pendulum. Pressed closely to the glass side of the cell was the face of a whitened skull a skeleton visage that stared out over the city with empty sockets and an enigmatical smile wreathing its lipless teeth.

Back and forth up and down.

The strangers from the void stopped the pendulum in its course, ceased its swinging and cracked open the glass cell, exposing the skeleton to view. And in the gleaming light of the stars, the skull face continued its weird grinning as if it knew that it had conquered something. Had conquered time.

The Prisoner of Time, Layeville, had indeed traveled along the centuries.

And the journey was at an end. 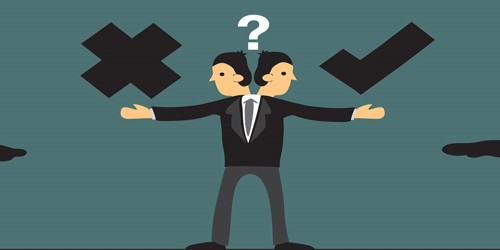 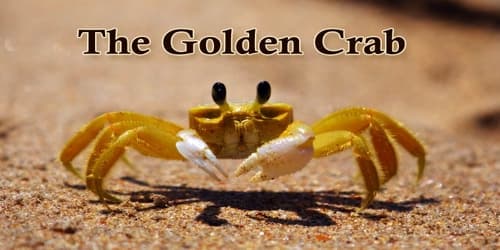 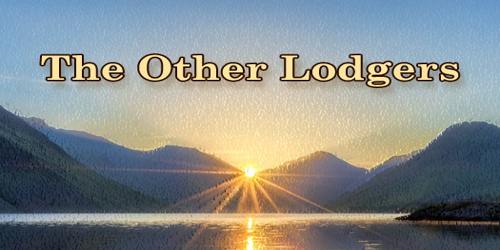 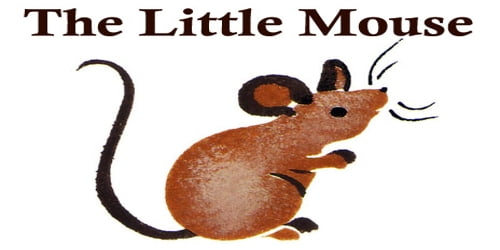