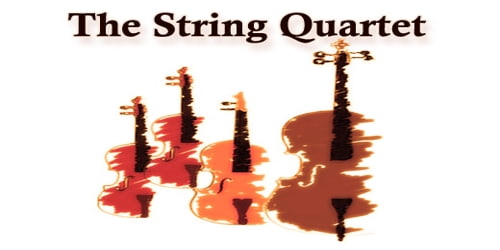 Well, here we are, and if you cast your eye over the room you will see that Tubes and trams and omnibuses, private carriages not a few, even, I venture to believe, landaus with bays in them, have been busy at it, weaving threads from one end of London to the other. Yet I begin to have my doubts

If indeed it’s true, as they’re saying, that Regent Street is up, and the Treaty signed, and the weather not cold for the time of year, and even at that rent not a flat to be had, and the worst of influenza its after-effects; if I bethink me of having forgotten to write about the leak in the larder, and left my glove in the train; if the ties of blood require me, leaning forward, to accept cordially the hand which is perhaps offered hesitatingly

“Seven years since we met!”

“The last time in Venice.”

“And where are you living now?”

“Well, the late afternoon suits me the best, though, if it weren’t asking too much”

“Still, the war made a break”

If the mind’s shot through by such little arrows, and for human society compels it no sooner is one launched than another press forward; if this engenders heat and in addition they’ve turned on the electric light; if saying one thing does, in so many cases, leave behind it a need to improve and revise, stirring besides regrets, pleasures, vanities, and desires if it’s all the facts I mean, and the hats, the fur boas, the gentlemen’s swallow-tail coats, and pearl tie-pins that come to the surface what chance is there?

Of what? It becomes every minute more difficult to say why, in spite of everything, I sit here believing I can’t now say what or even remember the last time it happened.

“Did you see the procession?”

“She’s bought a house at Malmesbury.”

“How lucky to find one!”

On the contrary, it seems to be pretty sure that she, whoever she may be, is damned since it’s all a matter of flats and hats and seagulls, or so it seems to be for a hundred people sitting here well dressed, walled in, furred, replete. Not that I can boast, since I too sit passively on a gilt chair, only turning the earth above a buried memory, as we all do, for there are signs, if I’m not mistaken, that we’re all recalling something, furtively seeking something. Why fidget? Why so anxious about the sit of cloaks; and gloves whether to button or unbutton? Then watch that elderly face against the dark canvas, a moment ago urbane and flushed; now taciturn and sad, as if in shadow. Was it the sound of the second violin tuning in the ante-room? Here they come; four black figures, carrying instruments, and seat themselves facing the white squares under the downpour of light; rest the tips of their bows on the music stand; with a simultaneous movement lift them; lightly poise them, and, looking across at the player opposite, the first violin counts one, two, three

Flourish, spring, burgeon, and burst! The pear tree on the top of the mountain. Fountains jet; drops descend. But the waters of the Rhone flow swift and deep, race under the arches, and sweep the trailing water leaves, washing shadows over the silverfish, the spotted fish rushed down by the swift waters, now swept into an eddy where it’s difficult this conglomeration of fish all in a pool; leaping, splashing, scraping sharp fins; and such a boil of current that the yellow pebbles are churned round and round, round and round free now, rushing downwards, or even somehow ascending in exquisite spirals into the air; curled like thin shavings from under a plane, up and up….How lovely goodness is in those who, stepping lightly, go smiling through the world! Also in jolly old fishwives, squatted under arches, obscene old women, how deeply they laugh and shake and rollick, when they walk, from side to side, hum, hah!

“That’s an early Mozart, of course”

“But the tune, like all his tunes, makes one despair, I mean hope. What do I mean? That’s the worst of music! I want to dance, laugh, eat pink cakes, yellow cakes, and drink thin, sharp wine. Or an indecent story, now I could relish that. The older one grows the more one likes indecency. Hah, hah! I’m laughing. What at? You said nothing, nor did the old gentleman opposite…But suppose, suppose, Hush!”

The melancholy river bears us on. When the moon comes through the trailing willow boughs, I see your face; I hear your voice and the birds singing as we pass the osier bed. What are you whispering? Sorrow, sorrow. Joy, joy. Woven together, like reeds in the moonlight. Woven together, inextricably commingled, bound in pain and strewn in sorrow crash!

The boat sinks. Rising, the figures ascend, but now leaf thin, tapering to a dusky wraith, which, fiery tipped, draws its twofold passion from my heart. For me it sings, unseals my sorrow, thaws compassion, floods with love the sunless world, nor, ceasing, abates its tenderness but deftly, subtly, weaves in and out until in this pattern, this consummation, the cleft ones unify; soar, sob, sink to rest, sorrow and joy.

Why then grieve? Ask what? Remain unsatisfied? I say all’s been settled; yes; laid to rest under a coverlet of rose leaves, falling. Falling. Ah, but they cease. One rose leaf, falling from an enormous height, like a little parachute dropped from an invisible balloon, turns, flutters waveringly. It won’t reach us.

“No, no. I noticed nothing. That’s the worst of music these silly dreams. The second violin was late, you say?”

“There’s old Mrs. Munro, feeling her way out blinder each year, a poor woman on this slippery floor.”

Eyeless old age, grey-headed Sphinx…There she stands on the pavement, beckoning, so sternly, the red omnibus.

The tongue is but a clapper. Simplicity itself. The feathers in the hat next to me are bright and pleasing as a child’s rattle. The leaf on the plane-tree flashes green through the chink in the curtain. Very strange, very exciting.

These are the lovers on the grass.

“If, madam, you will take my hand”

“Sir, I would trust you with my heart. Moreover, we have left our bodies in the banqueting hall. Those on the turf are the shadows of our souls.”

“Then these are the embraces of our souls.” The lemons nod assent. The swan pushes from the bank and floats dreaming into midstream.

“But to return. He followed me down the corridor, and, as we turned the corner, trod on the lace of my petticoat. What could I do but cry ‘Ah!’ and stop to finger it? At which he drew his sword, made passes as if he were stabbing something to death, and cried, ‘Mad! Mad! Mad!’ Whereupon I screamed, and the Prince, who was writing in the large vellum book in the oriel window, came out in his velvet skull-cap and furred slippers, snatched a rapier from the wall the King of Spain’s gift, you know on which I escaped, flinging on this cloak to hide the ravages to my skirt to hide…But listen! The horns!”

The gentleman replies so fast to the lady, and she runs up the scale with such witty exchange of compliment now culminating in a sob of passion, that the words are indistinguishable though the meaning is plain enough love, laughter, flight, pursuit, celestial bliss all floated out on the gayest ripple of tender endearment until the sound of the silver horns, at first far distant, gradually sounds more and more distinctly, as if seneschals were saluting the dawn or proclaiming ominously the escape of the lovers….The green garden, moonlit pool, lemons, lovers, and fish are all dissolved in the opal sky, across which, as the horns are joined by trumpets and supported by clarions there rise white arches firmly planted on marble pillars…Tramp and trumpeting. Clang and clangors. Firm establishment. Fast foundations. March of myriads. Confusion and chaos trod to earth. But this city to which we travel has neither stone nor marble; hangs enduring; stands unshakable; nor does a face, nor does a flag greet or welcome. Leave then to perish your hope; droop in the desert my joy; naked advance. Bare are the pillars; auspicious to none; casting no shade; resplendent; severe. Back then I fall, eager no more, desiring only to go, find the street, mark the buildings, greet the apple woman, say to the maid who opens the door: A starry night.