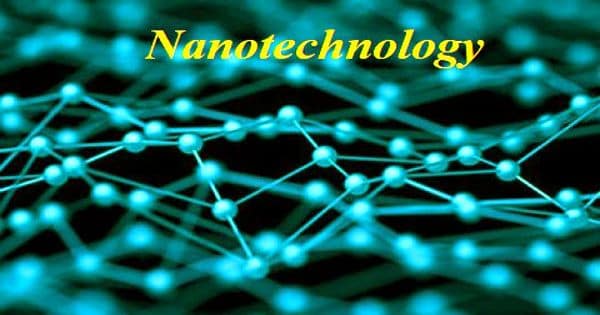 Nanotechnology is science, engineering, and technology conducted at the nanoscale, which is about 1 to 100 nanometers. It is the use of matter on an atomic, molecular, and supramolecular scale for industrial purposes. The most important requirement for the nanotechnology definition is that the nano-structure has special properties that are exclusively due to its nanoscale proportions. The earliest, widespread description of nanotechnology referred to the particular technological goal of precisely manipulating atoms and molecules for the fabrication of macroscale products, also now referred to as molecular nanotechnology. This definition is based on the number of dimensions of a material, which are outside the nanoscale (<100 nm) range.

It is the study and manipulation of matter at incredibly small sizes, generally between one and 100 nanometers. To put this in perspective, a piece of paper is about 100,000 nanometers thick.

The term was coined in 1974 by Norio Taniguchi of Tokyo Science University to describe semiconductor processes such as thin-film deposition that deal with control on the order of nanometers. A more generalized description of nanotechnology was subsequently established by the National Nanotechnology Initiative, which defined nanotechnology as the manipulation of matter with at least one dimension sized from 1 to 100 nanometers. A nanometer (nm) is one thousand millionth of a meter. For comparison, a red blood cell is approximately 7,000 nm wide and a water molecule is almost 0.3nm across. 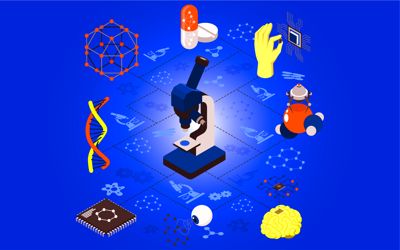 Nanotechnology as defined by size is naturally broad, including fields of science as diverse as surface science, organic chemistry, molecular biology, semiconductor physics, energy storage, engineering, microfabrication, and molecular engineering. It improves existing industrial processes, materials, and applications by scaling them down to the nanoscale in order to ultimately fully exploit the unique quantum and surface phenomena that matter exhibits at the nanoscale. Nanotechnologies are the design, characterization, production, and application of structures, devices, and systems by controlling shape and size at a nanometre scale. It is part of the next wave of innovation in science and engineering that will transform many sectors, including aerospace, energy, information technology, medicine, national defense, and transportation.

Nanoscience is the study of phenomena and manipulation of materials at atomic, molecular, and macromolecular scales, where properties differ significantly from those at a larger scale. The associated research and applications are equally diverse, ranging from extensions of conventional device physics to completely new approaches based upon molecular self-assembly, from developing new materials with dimensions on the nanoscale to direct control of matter on the atomic scale. It encompasses a very broad range of materials, manufacturing processes, and technologies that are used to create and enhance many products people use every day. The research and development of nanotechnology is very active globally, and nanotechnologies are already used in hundreds of products, including sunscreens, cosmetics, textiles, and sports equipment.