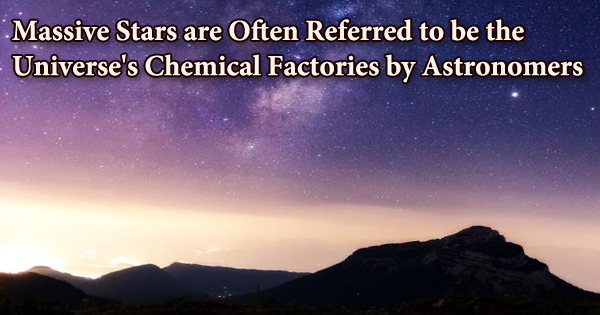 Massive stars are often referred to be the Universe’s chemical factories by astronomers; they usually finish their life in spectacular supernovae, which are responsible for the formation of many of the elements on the periodic table. The way elements nuclei combine inside these massive stars has a big influence on how we interpret their evolution before they explode. For scientists researching their structure and evolution, it also represents the greatest uncertainty.

Using measurements of waves from the deep cores of these stars, a team of astronomers led by May Gade Pedersen, a postdoctoral fellow at UC Santa Barbara’s Kavli Institute for Theoretical Physics, has now quantified the internal mixing inside an ensemble of these stars. While scientists have previously employed this approach, this is the first time it has been applied to such a huge number of stars at once. The findings, which were published in Nature Astronomy, reveal that internal mixing is extremely varied, with no obvious relationship to a star’s mass or age.

The majority of a star’s life is spent fusing hydrogen into helium deep within its core. However, fusion in large stars is focused in the center, resulting in a chaotic convective core comparable to that of a pot of boiling water. Convection, in combination with other processes like as rotation, takes helium ash from the core and replaces it with hydrogen from the envelope. This allows the stars to survive far longer than would be expected otherwise.

Internal rotation and internal seismic vibrations in the plasma produced by the convecting core are thought to cause this mixing, according to astronomers. However, because it occurs so deep within the star, the hypothesis has remained entirely unfettered by data. However, asteroseismology, the study and interpretation of stellar oscillations, is an indirect technique of gazing into stars. The method is similar to how seismologists utilize earthquakes to study the Earth’s core.

“The study of stellar oscillations challenges our understanding of stellar structure and evolution,” Pedersen said. “They allow us to directly probe the stellar interiors and make comparisons to the predictions from our stellar models.”

Using asteroseismology, Pedersen and her partners from KU Leuven, the University of Hasselt, and the University of Newcastle were able to calculate the internal mixing for an ensemble of such stars. This is the first time such a feat has been accomplished, and it was only made feasible by a fresh sample of 26 slowly pulsing B-type stars from NASA’s Kepler spacecraft with recognized stellar oscillations.

Slowly pulsing B-type stars have a mass of three to eight times that of the Sun. They expand and shrink on time periods ranging from 12 hours to 5 days, and their brightness can fluctuate by up to 5%. According to Pedersen, their oscillation modes are particularly sensitive to circumstances around the core.

“The internal mixing inside stars has now been measured observationally and turns out to be diverse in our sample, with some stars having almost no mixing while others reveal levels a million times higher,” Pedersen said. The variety appears to be independent to the star’s mass or age. Internal rotation is the primary effect, albeit it is not the sole one.

“These asteroseismic results finally allow astronomers to improve the theory of internal mixing of massive stars, which has so far remained uncalibrated by observations coming straight from their deep interiors,” she added.

The accuracy with which astronomers can measure stellar oscillations is directly proportional to the length of time a star is watched. The observed precision of oscillation frequencies increases a thousand-fold when the time interval is increased from one night to one year.

“May and her collaborators have really shown the value of asteroseismic observations as probes of the deep interiors of stars in a new and profound way,” said KITP Director Lars Bildsten, the Gluck Professor of Theoretical Physics. “I am excited to see what she finds next.”

The finest evidence on this is presently available from the Kepler space project, which studied the same area of sky for four years in a row. Slowly pulsing B-type stars were the greatest mass pulsating stars discovered by the telescope. While most of them are too tiny to go supernova, they do have the same internal structure as the larger stellar chemical factories. Pedersen thinks that understanding the inner workings of B type stars will help him understand the inner workings of their greater mass O type cousins.

She intends to examine groups of oscillating high-mass stars in OB associations using data from NASA’s Transiting Exoplanet Survey Satellite (TESS). These clusters include 10 to more than 100 massive stars with masses ranging from 3 to 120 solar masses. She stated that stars in OB associations are formed from the same chemical cloud and have comparable ages. The vast number of stars and the constraints imposed by their similar ages provide up interesting new avenues for research into the internal mixing characteristics of high-mass stars.