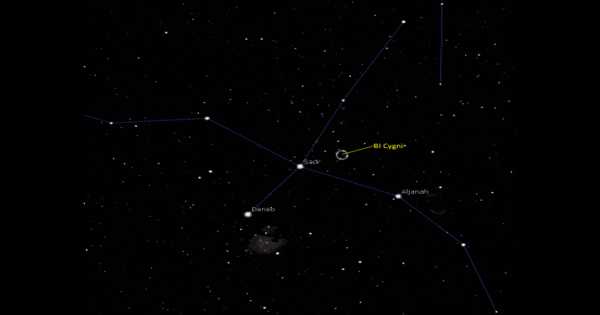 The red supergiant BI Cygni is located in the constellation Cygnus. It is not part of the Cygnus constellation outline, but it is within its boundaries. It is a variable star with a maximum brightness of magnitude 8.4 and minimum brightness of magnitude 9.9. It is a member of the stellar Cygnus OB1 association, and its distance from the Sun is approximately 1,400 parsecs (4,500 light-years). It is less than a degree south of BC Cygni, another variable red supergiant.

BI Cygni is a red supergiant in the Cygnus constellation. It has a size more than 1,000 times larger than the Sun.

BI Cyg is a slow irregular variable star of type Lc, which is an irregular supergiant. Its brightness varies between magnitudes 8.4 and 9.9. The light curve’s frequency analysis reveals no significant periods.

Based on an effective temperature of 3,575 K and a bolometric luminosity of 226,000 L☉, BI Cyg is one of the largest known stars, with a radius of around 1,240 R☉. Recent studies derive lower luminosities below 130,000 L☉, implying an initial mass of 20 M☉ and, as a result, lower radius values.

Albireo, despite having the Bayer designation Beta Cygni, is paler than Sadr (Gamma Cygni), Fawaris (Delta Cygni), and Aljanah (Epsilon Cygni). Albireo will be the brightest star in the sky around the year 3,870,000 when it approaches the solar system within 80 light-years. It will shine at magnitude -0.52 at its peak (around the year 4,610,000), which is slightly fainter than Canopus is now.

The best time of year to see Cygnus’ stars and deep-sky objects is in September when the constellation is high in the evening sky. Cygnus is visible in the northern hemisphere night sky from June to December. Giant Planets May Become “Maturity” Much Earlier Than Once Believed, Study Finds 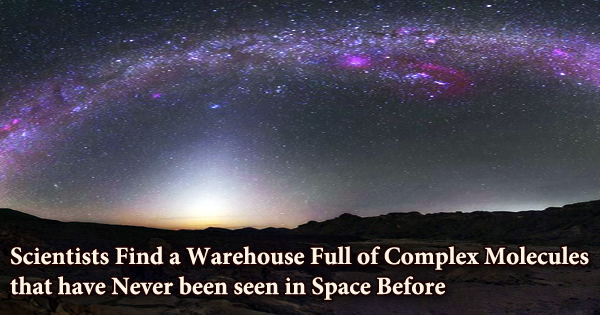