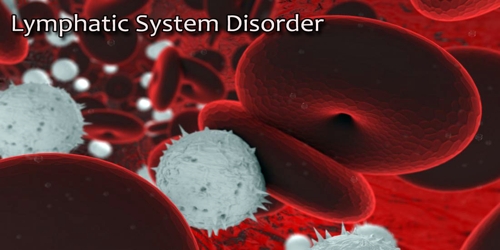 Definition: The lymphatic system is part of the immune system. It also maintains fluid balance and plays a role in absorbing fats and fat-soluble nutrients. It was first described in the seventeenth century independently by Olaus Rudbeck and Thomas Bartholin.

Lymph originates in the Classical Latin word lympha “water”, which is also the source of the English word limpid. The spelling with y and ph was influenced by folk etymology with Greek νύμϕη (nýmphē) “nymph”.

There are about 600 lymph nodes in the body. These nodes swell in response to infection, due to a build-up of lymph fluid, bacteria, or other organisms and immune system cells.

Lymphocytes are concentrated in the lymph nodes. The spleen and the thymus are also lymphoid organs of the immune system. The tonsils are lymphoid organs that are also associated with the digestive system. Lymphoid tissues contain lymphocytes, and also contain other types of cells for support.

The system has special small vessels called lacteals. These enable it to absorb fats and fat-soluble nutrients from the gut. 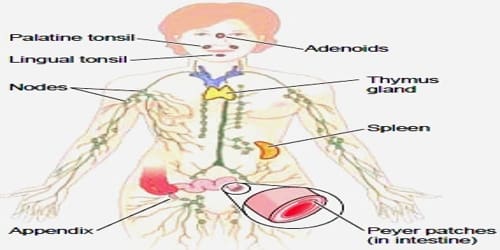 Diseases and Disorders of the Lymphatic System:

Diseases and disorders of the lymphatic system are typically treated by immunologists. Vascular surgeons, dermatologists, oncologists, and physiatrists also get involved in the treatment of various lymphatic ailments. There are two common disorders affecting the lymphatic circulation – either water retention in tissues due to impaired lymphatic drainage, or swelling of the lymph nodes. Both of these disorders can arise from a number of causes, from injury to the vessels and nodes, to infection or cancer.

Diagnosis and Treatment: Diseases of the lymphatic system are usually diagnosed when lymph nodes are enlarged. This may be discovered when the lymph nodes become enlarged enough to be felt (“palpable lymphadenopathy”) or are seen on imaging studies such as CT scans or MRIs.

Common symptoms of any lymphatic disorder include swelling of the arm or groin, weight loss, fever and night sweats. The diagnosis of lymphadenopathy depends on the location of the abnormal lymph nodes and other things that are going on with the patient.

Treatment of lymphatic diseases depends on treating the underlying cause. Infections are treated with antibiotics, supportive care (while the immune system does its job, as in a viral infection) or antivirals. Lymphedema can be treated by elevation, compression, and physical therapy. Cancers of the lymphatic system are treated by chemotherapy, radiotherapy, surgery, or a combination of those modalities.