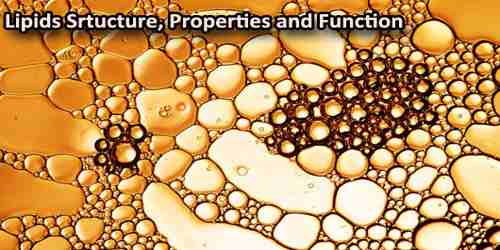 Lipid – Lipids are biological molecules that are insoluble in water, but are soluble in non-polar solvents, meaning that they are non-polar molecules. It comprises a group of naturally occurring molecules that include fats, waxes, sterols, fat-soluble vitamins, such as vitamins A, D, E, and K, monoglycerides, diglycerides, triglycerides, phospholipids, and others. Some lipids such as steroid hormones serve as chemical messengers between cells, tissues, and organs, and others communicate signals between biochemical systems within a single cell. 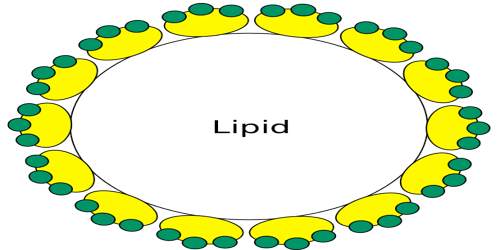 Lipids are integral components of cell membrane structure and, as such, are associated with transportation across cellular membranes. Lipids fall into two categories. One is based on glycerol, and the other is steroids. Most dietary and storage fats are triglycerides

As previously mentioned, lipids may be either liquids or non-crystalline solids at room temperature. Contrary to popular belief, pure fats and oils are colourless, odorless, and tasteless. The characteristic colours, odours, and flavours associated with lipids are imparted to them by foreign substances that have been absorbed by the lipid and are soluble in them. 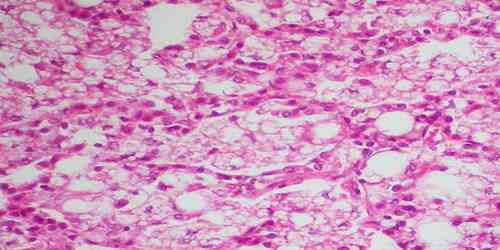 Triacylglycerols may be hydrolysed by several procedures, the most common of which utilizes alkali or enzymes called lipa­ses. Alkaline hydrolysis is termed saponifica­tion because one of the products of the hydrolysis is a soap, generally sodium or potassium salts of fatty acids.

Unsaturated fatty acids, whether they are free or combined as esters in fats and oils, react with halogens by addition at the double bond(s). The reaction (halogenation) results in the decolourisation of the halogen solu­tion.

A large-scale commercial industry has been developed for the purpose of transforming vegetable oils into solid fats. The process of converting oils to fats by means of hydrogenation is sometimes referred to as hardening. One method consists of bubbling hydrogen gas under pressure (25 lb/in2) into a tank of hot oil (200°C) containing a finely dispersed nickel catalyst.

Structure and Functions of Lipid

The term rancid is applied to any fat or oil that develops a disagreeable odour. Two principal chemical reactions are responsible for causing rancidity—hydrolysis and oxidation. Oxidative rancidity occurs in triacylglycerols containing unsaturated fatty acids.

A drying oil is any substance that causes a paint or varnish to develop a hard, protective coa­ting. It is the susceptibility of highly unsatu­rated oils to react with oxygen that accounts for their usefulness in the paint industry. The drying process involves an oxidation followed by a poly­merization reaction that results in the forma­tion of a vast interlocking network of triacylglycerols joined by peroxide bridges. 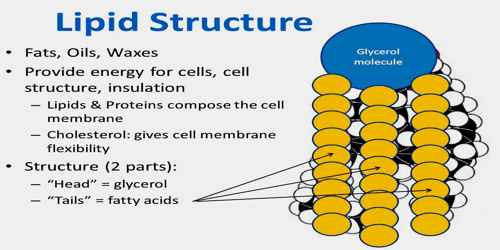 A wax is an ester of a long-chain alcohol (usually mono-hydroxy) and a fatty acid. The acids and alcohols normally found in waxes have chains of the order of 12-34 carbon atoms in length. Waxes are easily melted solids that are widely distributed in nature and are found in both plant and animal matters. They are not as easily hydrolysed as the triacylglycerols and therefore are useful as protective coatings.

Lipids are the best energy source for humans since at a parity of weight they provide the major part of calories: if carbohydrates, on average, give 4 kcal/g, as proteins, lipids provide, on average, 9 kcal/g. Moreover, they can be present in foods without there are also fiber or water (for polysaccharides 2 g water/g) allowing to contain a great quantity of energy in a little weight.

Some lipids are essential nutrients like fat-soluble vitamins A, (necessary for vision) and D, present in some fats and oils of animal origin, vitamin E, present in vegetable oils, and vitamin K (normal clotting of blood) present in green leaves, essential fatty acids, in particular linoleic and α-linolenic acids, founders of the family of omega-6 and omega-3 fatty acids respectively. 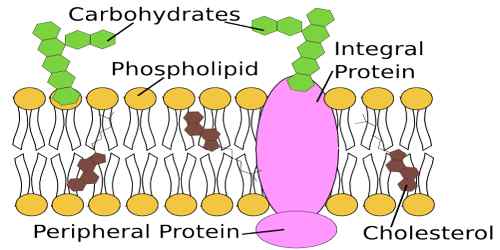 Steroids have a carbon backbone that consists of four fused ring-like structures. Steroids include cholesterol, sex hormones (progesterone, estrogen, and testosterone) produced by gonads and cortisone.

Waxes are composed of an ester of a long-chain alcohol and a fatty acid. Many plants have leaves and fruits with wax coatings to help prevent water loss. Some animals also have wax-coated fur or feathers to repel water. Unlike most waxes, ear wax is composed of phospholipids and esters of cholesterol.

They affect the texture and flavor of food and so its palatability. Food manufacturers use fat for its textural properties, e.g. in baked goods fat increase the tenderness of the product. Chefs know that fat addiction add to the palatability of meal and increase satiety after a meal.