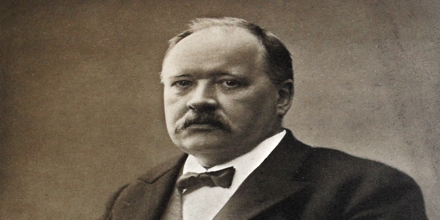 Svante Arrhenius (1859-1927) was a Swedish scientist who was the first to claim that fossil fuel combustion might result in enhanced global warming. Despite primitive data, his calculations about temperature magnitudes but not timing were consistent with present day predictions. One of the founders of the science of physical chemistry (developed the concept of ionization in solution), he received the Nobel Prize for Chemistry in 1903. He died at Stockholm on October 2, 1927, and is buried at Uppsala.