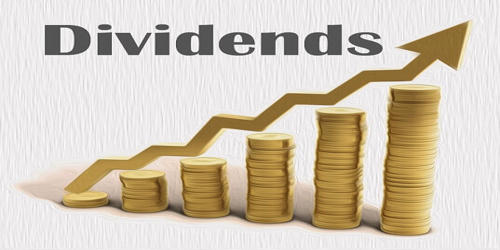 Interim Dividend is a preliminary distribution of profits by way of a dividend before determining the full dividend to be paid for the year. It is a dividend declared by a company in the “interim” that is before the close of the financial year and net profits have ‘not yet been calculated. It is a distribution to shareholders that has been both declared and paid before a company has determined its full-year earnings. Such dividends can be declared subject to the sanction of the Articles and may be out of the past or accruing profits. It is paid either out of retained earnings in the profits and loss accounts or out of profits of the accounting year in which the dividend is sought to be announced. Such dividends are frequently distributed to the holders of a company’s common stock on either a quarterly or semi-annual basis. When the company possesses a good position in the market and the company believes that profit will generate definitely than the company gives an interim dividend.

An interim dividend is typically one of two dividends given out by a company that is providing shareholders with income on a semi-annual basis. The dividend is proposed by the board of directors of the company and approved by its shareholders at the Annual General Meeting.  It can be paid several times a year. This depends on each company’s dividend policy. Dividends can however be paid once or twice a year depending on the policy of the company. Since it is paid during the course of a financial year, it is done so using retained earnings. When a company decides to pay dividends twice a year it pays an interim dividend at some time before the end of its financial year and then a final dividend at the end of the financial year.

An interim dividend is one that is declared and paid in the middle of an accounting year, i.e. before the finalization of accounts for the year. It is declared only when the articles specifically permit the declaration. It is a part of the company’s interim financial statements and it is issued in situations where the dividends are paid semi-annually. The Board of directors generally announces the interim dividend when the company has enough retained earnings and it is observing higher than expected earnings. It is announced by the board of directors, but it is subject to the approval of shareholders. It is smaller than the usual payments made to the shareholders.