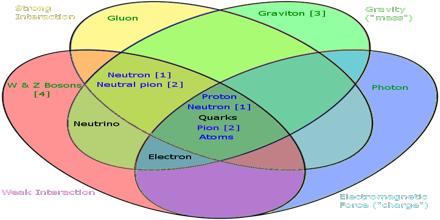 Fundamental Interaction is the four basic forces—gravitational, electromagnetic, strong, and weak—that govern how objects or particles interact and how certain particles decay.  It is characterized on the basis of the following four criteria: the types of particles that experience the force, the relative strength of the force, the range over which the force is effective, and the nature of the particles that mediate the force. It also known as fundamental forces, are the interactions in physical systems that do not appear to be reducible to more basic interactions.