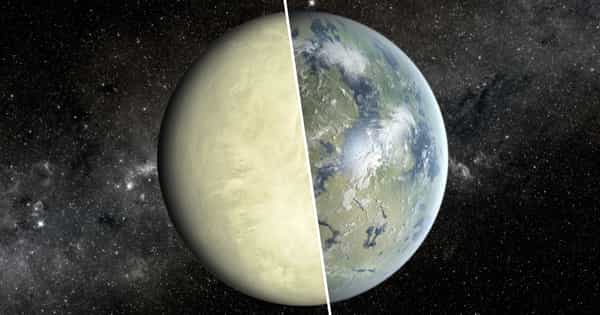 Examining the Possibility of Life around the Galaxy’s Tiniest Stars

The biggest, hottest opportunities in the search for habitable worlds beyond our solar system may be found around the smallest, coolest stars. These stars, known as M dwarfs, have a fraction of the mass and luminosity of the sun but are more than ten times as numerous. Planets circling a M dwarf must be in close orbit to the star in order to be warm enough for life, similar to campers huddling around a small fire. Because of their close proximity, planet hunters can find them relatively easily, and the abundance of M dwarfs means there is plenty nearby to investigate.

Scientists will learn whether Earth-sized planets in our “solar neighborhood” have a key requirement for life when the world’s most powerful telescope launches into space this year. These planets revolve around an M-dwarf star, which is the smallest and most common type of star in the galaxy. Scientists do not know how common it is for Earth-like planets orbiting this type of star to have habitable characteristics.

“As a starting place, it is important to know whether small, rocky planets orbiting M-dwarfs have atmospheres,” said Daria Pidhorodetska, a doctoral student in UC Riverside’s Department of Earth and Planetary Sciences. “If so, it opens up our search for life outside our solar system.”

When the world’s most powerful telescope launches into space this year, scientists will learn whether Earth-sized planets in our ‘solar neighborhood’ have a key prerequisite for life, an atmosphere.

Pidhorodetska and her colleagues investigated whether the soon-to-be-launched James Webb Space Telescope or the currently-in-orbit Hubble Space Telescope is capable of detecting atmospheres on these planets. They also modeled the different types of atmospheres that might be found, if they exist, and how they might be distinguished from one another. The results of the study have now been published in the Astronomical Journal.

UCR astrobiologists Edward Schwieterman and Stephen Kane, as well as scientists from Johns Hopkins University, NASA’s Goddard Space Flight Center, Cornell University, and the University of Chicago, are among the study’s co-authors.

The central star of the study is an M-dwarf called L 98-59, which has a mass of only 8% that of our sun. It is only 35 light years away from Earth, despite its small size. Its brightness and proximity make it an ideal target for observation.

M-dwarfs go through a phase shortly after formation in which they can shine two orders of magnitude brighter than normal. During this phase, strong ultraviolet radiation has the potential to dry out their orbiting planets, evaporating any water on the surface and destroying many gases in the atmosphere.

They discovered that using transit observations, which measure the dip in light that occurs when a planet passes in front of its star, the two telescopes could provide complementary information. The planets L 98-59 are much closer to their star than the Earth is to the sun. They complete their orbits in less than a week, making transit observations by telescope faster and less expensive than in other systems where the planets are further away from their stars.

“It would only take a few Hubble transits to detect or rule out a hydrogen- or steam-dominated atmosphere devoid of clouds,” Schwieterman said. “Webb would allow us to characterize gases in heavy carbon dioxide or oxygen-dominated atmospheres with as few as 20 transits.”

Pidhorodetska believes the dried-out oxygen-dominated atmosphere is the most likely of the four atmospheric scenarios considered by the researchers. “At that distance from the star, the amount of radiation these planets receive is intense,” she said.

Though they may not have atmospheres that support life today, these planets can provide a valuable glimpse into what might happen to Earth under different conditions, as well as what might be possible on Earth-like worlds elsewhere in the galaxy.

The L 98-59 system was discovered in 2019, and Pidhorodetska is eager to learn more about it when Webb is released later this year. “We’re on the verge of revealing the secrets of a star system that was previously unknown,” Pidhorodetska said.