NGC 2264 is the New General Catalogue designation number that identifies two astronomical objects as a single object: the Cone Nebula and the Christmas Tree Cluster. The Christmas Tree Cluster is formed when a glowing nebula and a bright blue star cluster collide to form a festive deep-sky object. The Snowflake Cluster and the Fox Fur Nebula are also within this designation but are not officially included.

All of the objects are in the Monoceros constellation, about 720 parsecs or 2,300 light-years from Earth. It has received extensive research due to its proximity and size. Deep within the clouds of gas and dust are the ingredients for the formation of new stars, which burn a fiercely hot bright blue. The red hue in the image is a result of gas clouds glowing as they are hit by ultraviolet light emanating from the newborn stars.

NGC 2264 is also known as the Christmas Tree Cluster and the Cone Nebula. However, the New General Catalogue designation NGC 2264 refers to both objects, not just the cluster. In January 1784, astronomer William Herschel discovered the cluster itself, and two years later, around Christmas time, he discovered a section of the glowing cloud.

The Snowflake Cluster got its name from its distinct pinwheel-like shape and array of bright colors. The Christmas Tree star formation is made up of young stars that are obscured by thick layers of dust clouds. These dust clouds, in conjunction with hydrogen and helium, are generating luminous new stars. The combination of dense clouds and a rainbow of colors results in a color map with varying wavelengths. We can tell the difference between young red stars and older blue stars based on Spitzer Space Telescope images.

The overall structure of the clusters and nebulae changes dramatically as the age of the stars changes. To be considered a Snowflake, a cluster must remain in the same location where the star formed. The bright star at the top of the ‘tree’ is a massive multiple-star system that emerged from within the gas and dust a few million years ago, while the dark patch at the bottom of the image is the Cone Nebula itself.

There are several factors that contribute to the prominent configuration of a snowflake and/or Christmas tree cluster when referring to this emission nebula as a whole. A nebula has a diverse array of brilliant colors and an evolving structural process that follows star formation.

In good weather, the Christmas Tree Cluster is visible without binoculars and is quite striking. Small telescopes with low power can see the shape of a Christmas tree. The cluster can be found by following a line drawn from Bellatrix to Betelgeuse to the east and a little bit north of the brightest stars in Orion. 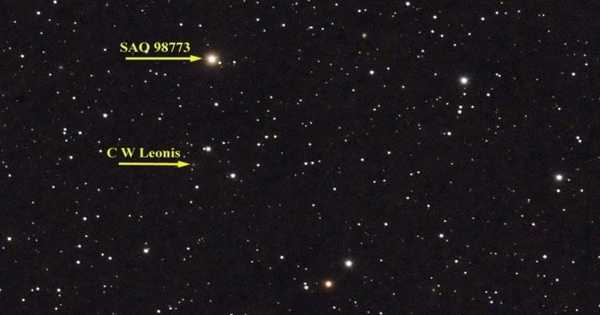