Home Other Essay On Youth 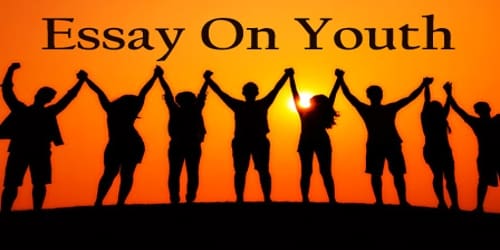 Introduction: Youth is an integral part of a nation. A nation that has energetic, curious and hard-working youth and is able to provide them ample opportunity to work and grow builds a strong base for its own development. Youth is the hope of tomorrow. The term youth is often associated with vibrancy, joyfulness, enthusiasm, and passion. This is because people belonging to the young generation are full of life. They are curious to learn new things and ready to explore the world. They are high on energy and do not want to conform to the customs and traditions set by the earlier generations. They try to apply logic to everything and question the radical thinking of the elders. Though, they usually end up annoying the later.

The Youth of Today: The human civilization has evolved over centuries. Each generation comes up with its set of ideas and opinions and contributes towards the development of society. However, while the human mind and intellect has developed over the time people have also grown quite impatient. The youth today possesses talent and potential however it can also be termed as impulsive and impatient. The youth today is keen on learning and exploring new things. Now, while they may seek the word of advice from their elders they do not want to be guided by them at every step.

The young generation today is in haste of accomplishing different things and is so driven towards achieving the end result that it doesn’t pay attention to the means it chooses. While there have been several advancements in the field of science, technology, mathematics, architecture, engineering, and whatnot, we cannot deny the fact that the crime rate has also increased over time. Today, there is more violence in the world than ever and a major part of it is attributed to the youth.

Modern youth does not conform to the rules set by his elders. He wants his parents and guardians by his side but doesn’t want their guidance at every step. The younger generation today wants to learn new things and explore the world on their own. The youth today is also quite impatient. These people want to do everything instantly and often get easily angered when things don’t go their way.

However, everything about modern youth is not downbeat. The human mind has also evolved over time and the younger generation is quite brilliant. The youth today is curious and driven. These set of people are smart workers and go-getters. They do not tie themselves down to traditions and superstitions. Nothing stops them from achieving what they want.

The Role of Youth in the Society: If the mindset of the youth in the country is right and these budding talents are driven they will certainly do well for the society. With appropriate knowledge and the right approach, they can excel in various fields including technology, science, medicine, sports and more. This would not only evolve them personally and professionally but will also contribute towards the growth and development of the nation as a whole. On the other hand, if the youth of the country is not educated or is unemployed then it will give rise to crime.

Today’s Youth and Technology: With the advancement in technology that has led to the advent of various gadgets, the lifestyle and overall attitude towards life has changed. And the part of the population that has been affected most by this is the youth.

The youth these days have become so engrossed in their mobile phones and social media that they have forgotten that there is a life outside of it too. The youth of today is self-obsessed and wants to show off anything and everything he does by way of social media. Instead of enjoying the moment, they want to show how happening their life is. It seems like no one is really happy but each one wants to prove to the others that his life is extremely joyful.

Apart from the cell phones and social media platforms that have had a huge impact on the life of the modern youth, various other gadgets and other technologically advanced equipment have brought changes in the lifestyle. The youth today prefer going to the gym instead of the morning walk. Similarly, while earlier people used to walk down miles to reach their school and workplace, the youth today prefers using the car even if a short distance is to be covered. Elevators are being used instead of stairs, food is being cooked in microwaves and air fryers instead of the gas stove, and malls are preferred over parks. All in all, technology is taking the youth far from nature.

Conclusion: A nation that focuses on its youth and empowers them by way of different initiatives and programs is moving in the right direction. It is the duty of the parents to nurture their children and help them become good human beings. Teachers also play a major role in building the youth of the nation. They must take their responsibility seriously. By nurturing honest and committed individuals they are building a strong nation. 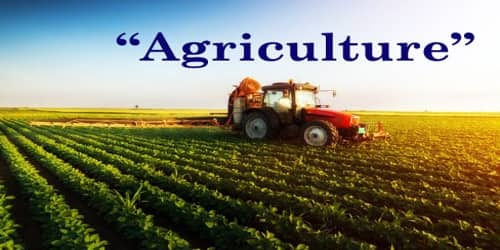 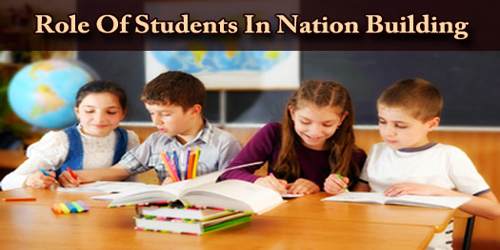 Role Of Students In Nation Building 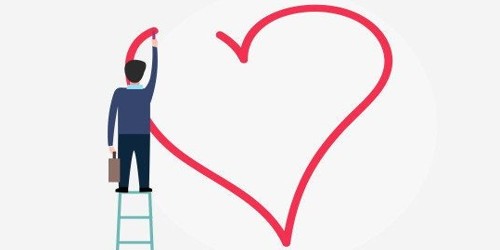 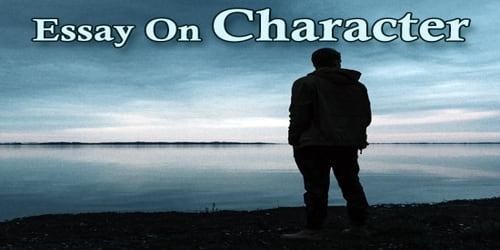