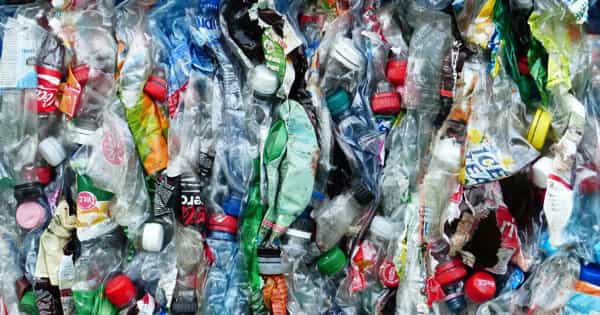 The Swiss study proposes a proof-of-concept idea for a new approach to plastic recycling, inspired by the way nature ‘recycles’ the organic polymer components found in our environment. Proteins within organic polymers are constantly disassembled and reassembled into new proteins. This approach, according to researchers at the Swiss Federal Institute of Technology Lausanne (EPFL), could also work with plastics.

Engineers have devised a game-changing new method for combating plastic pollution by harnessing the inner workings of proteins. What was the end result? A completely new perspective on plastic recycling.

Each person uses 30 kg of plastic per year on average. Given the current global life expectancy of approximately 70 years, each person will discard approximately two metric tons of plastic in his or her lifetime. Multiply that by the number of people on the planet, which is constantly increasing, and the total is mind-boggling.

Research suggests a proof-of-concept idea of a new approach to plastic recycling – inspired by the way nature ‘recycles’ the components of organic polymers present in our environment.

In light of this, Francesco Stellacci, full professor and head of the Supramolecular Nanomaterials and Interfaces Laboratory at EPFL’s School of Engineering, wondered if there was a way to solve the problem of used plastics and recycle them more effectively. Stellacci collaborated with Prof. Sebastian J. Maerkl in EPFL’s Bioengineering Institute, and they decided to co-advise a Ph.D. student, Simone Giaveri. The team’s findings, based on scientific research, were published in Advanced Materials.

Following a review of the existing plastic recycling options, the engineers decided to devise a completely new approach. “When we use biodegradable plastics, the degradation process produces waste that must be stored or buried. The more land allocated for this, the less land available for farming, and there are environmental consequences to consider, as bio-degradation products change the ecosystem of the area “Stellacci explains. So, how can we devise a comprehensive solution to the problem of plastic recycling? Nature herself could provide part of the answer.

Proteins are one of the most important organic compounds that make up our world. Proteins, like DNA, are members of the polymer family; proteins are long chains of molecules, or monomers, known as amino acids. “A protein is similar to a string of pearls, with each pearl representing an amino acid. Each pearl has a unique color, and the color sequence determines the string structure and, as a result, its properties. In nature, protein chains break down into their constituent amino acids, and cells reassemble these amino acids to form new proteins, essentially creating new strings of pearls with a different color sequence “Giaveri explains.

Giaveri first attempted to replicate this natural cycle in the lab, outside of living organisms. “We chose proteins and separated them into amino acids. The amino acids were then placed in a cell-free biological system, which reassembled them into new proteins with entirely different structures and applications “He elaborates. Giaveri and Stellacci, for example, successfully transformed silk into a protein used in biomedical technology. “Importantly, when proteins are broken down and assembled in this manner, the quality of the proteins produced is identical to that of a newly synthesized protein. You are, indeed, constructing something new “Stellacci explains.

EPFL Professor Francesco Stellacci stated: “We chose proteins and separated them into amino acids. The amino acids were then placed in a cell-free biological system, which reassembled them into new proteins with entirely different structures and applications.”

Silk was successfully transformed into a protein used in biomedical technology by Giaveri and Stellacci.

Plastic is a polymer, too

So, what’s the link between protein synthesis and plastic recycling? Because both compounds are polymers, the mechanisms that occur naturally in proteins could also be applied to plastics. While this analogy appears to be promising, Stellacci warns that developing such methods will take time. “It will necessitate a completely different mindset. Polymers are strings of pearls, but synthetic polymers are mostly made of pearls of the same color, and when the color is different, the order of the pearls is rarely important. Furthermore, there is no efficient method for assembling synthetic polymers from different colored pearls in a way that allows us to control their sequence.”

He would also point out that this new approach to plastic recycling appears to be the only one that truly adheres to the circular economy postulate. “In the future, sustainability will entail taking up cycling to its logical conclusion, combining a variety of objects and recycling the resulting mixture to create a new material every day. Nature is already doing this “He comes to an end.