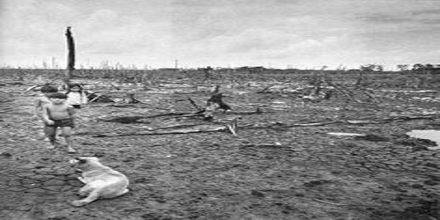 What are the Effects of Vietnam War

The aim of this lecture is to present on Effects of Vietnam War. The Vietnam War caused the breakdown of many families and also a breakdown of the Vietnamese culture. Thousands upon thousands of children were orphaned during the war and ended up either in orphanages or on the streets without a home. Napalm was used and it caused a mass number of damage to the plants and the jungles itself.  Napalm also caused damage to the skin and it burned many innocent people during the war.