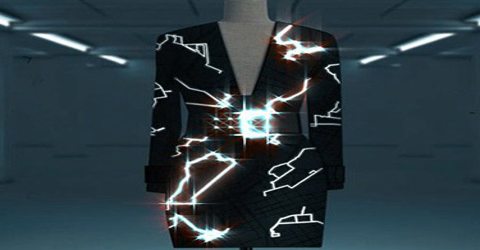 Data Dress: Forget Tailoring, Your Next Dress Could Be Coded

Data Dress: Forget Tailoring, Your Next Dress Could Be Coded 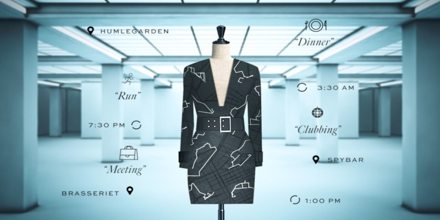 Google has teamed up with Ivyrevel, a fashion house backed by H&M Group (HMRZF), to create “data dresses” that are customized to fit an individual’s daily activities and lifestyle choices.

The app uses “awareness” tools created by Google to gather data on a user’s location, physical activity, and the weather when they’re outside. The information is then passed through an algorithm that designs a custom dress.

The data will completely shape the garment’s design — everything from the choice of materials, to its shape, cut, color, details and embellishments. Ivyrevel said that prices will start at around $99.

The dress designs will be based on data collected by an Android smartphone app over the course of one week.

A garment based on your own unique lifestyle could soon be a reality thanks to the “Coded Couture” project by Google and H&M’s Ivyrevel label, currently in closed alpha testing. 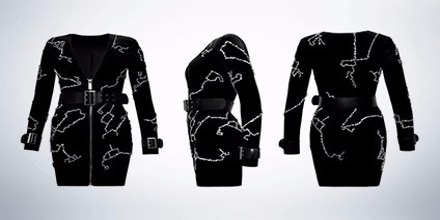 The most recent development, announced on 6th February 2017, is the introduction of Snapshot API, which monitors the user’s movements during the day, from places visited to restaurants and even the weather. This information is then translated into a unique “Data Dress.” Ivyrevel has invited interested parties to sign up for a trial before the public release, expected for Fall 2017.

The app, which uses on Google’s Awareness API and sensors, will be able to tell where users go and the exact weather where they live, among other things; this information will affect how the dress wears on you for every occasion.

“To get a unique piece of clothing today you need to either buy a custom-made design piece or design it yourself, but that is generally not an affordable option and most people lack the design experience,” said Aleksandar Subosic, co-founder of Ivyrevel. 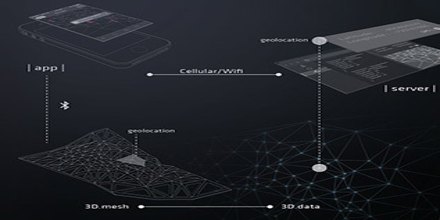 The app uses Google’s Snapshot API to passively detect and record the activities of a smartphone owner. The app takes into consideration things like where a person regularly eats for dinner, or what kind of place and location they go to for meeting friends after work. It can also consider the usual weather conditions when a person is outside.

That data is then run through an algorithm and the application designs a customized, one-of-a-kind dress the user can then purchase. The “data dress” app is currently being tested by several fashion influencers, but will be available to the public later this year. It’s unclear how much the dress will cost. The final result is the creation of a custom dress in the app. While not mentioned in the blog post, TechCrunch says the actual look of the dress is meant to show where you travel during the week as lines on a map.

Ivyrevel said the app is now being tested by early adopters who will receive their dresses next month. The general public will have a chance to download the app later this year.

Google says the material and fit of the dress will also be based on the data collected by the user. For example, if the data indicates a lot of rain the material will be selected based on that information. Even accessories such as belts and cuffs will be added using the personal data.

Google says that the choice of material, color, embellishment used, and added details like belt and cuffs are data-driven, as well. For example, the material will be selected based on weather data like the temperature and the fit will be based on the wearer’s activity level.