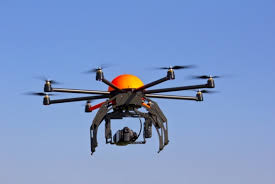 On Sunday, Indian officials said two explosive drones were used to attack an air base in the city of Jammu, the first such incident in India. Authorities said two soldiers were slightly injured in the two blasts, which also caused minor damage to a base building. No military equipment was damaged. Jammu Air Base was used as a civilian airport, but there were no restrictions on civil flights.

The incident, if proved to be driven by anti-India rebels, would significantly change the strategy against New Delhi. The rebels have used classic guerrilla tactics, such as ambush, hit-and-run attacks, remote-controlled bombings and car bombs. So far no rebel group has commented on the two incidents.

Muslim-majority Kashmir is divided between India and Pakistan, both claiming the entire Himalayan region. Rebels have been fighting the Indian government since 1989. Most Muslims in Kashmir support the rebel goal of uniting the region during Pakistan’s rule or as an independent state. New Delhi considered the Kashmir insurgency as “Pakistan-sponsored terrorism”, an allegation Pakistan denied. Most Kashmiri have called the armed insurgency a legitimate struggle for independence.

Both countries have claimed to have shot down spy drones in parts of Kashmir under their control. Indian authorities have raised the possibility of drone strikes by insurgents in the region in recent years, with Pakistan repeatedly accusing China of using Chinese-made drones to launch weapons-making packages for rebel groups along the border.