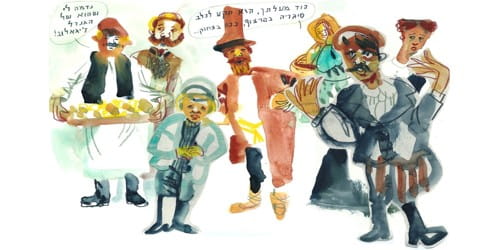 A Chameleon by Anton Chekhov

The police superintendent Otchumyelov is walking across the market square wearing a new overcoat and carrying a parcel under his arm. A red-haired policeman strides after him with a sieve full of confiscated gooseberries in his hands. There is silence all around. Not a soul in the square. . . . The open doors of the shops and taverns look out upon God’s world disconsolately, like hungry mouths; there is not even a beggar near them.

There is the sound of a dog yelping. Otchumyelov looks in the direction of the sound and sees a dog, hopping on three legs and looking about her, run out of Pitchugin’s timber-yard. A man in a starched cotton shirt, with his waistcoat unbuttoned, is chasing her. He runs after her, and throwing his body forward falls down and seizes the dog by her hind legs. Once more there is yelping and a shout of “Don’t let go!” Sleepy countenances are protruded from the shops, and soon a crowd, which seems to have sprung out of the earth, is gathered around the timber-yard.

Otchumyelov makes a half turn to the left and strides towards the crowd.

He sees the aforementioned man in the unbuttoned waistcoat standing close by the gate of the timber-yard, holding his right hand in the air and displaying a bleeding finger to the crowd. On his half-drunken face there is plainly written: “I’ll pay you out, you rogue!” and indeed the very finger has the look of a flag of victory. In this man, Otchumyelov recognizes Hryukin, the goldsmith. The culprit who has caused the sensation, a white borzoi puppy with a sharp muzzle and a yellow patch on her back, is sitting on the ground with her fore-paws outstretched in the middle of the crowd, trembling all over. There is an expression of misery and terror in her tearful eyes.

“What’s it all about?” Otchumyelov inquires, pushing his way through the crowd. “What are you here for? Why are you waving your finger . . . ? Who was it shouted?”

“I was walking along here, not interfering with anyone, your honor,” Hryukin begins, coughing into his fist. “I was talking about firewood to Mitry Mitritch when this low brute for no rhyme or reason bit my finger. . . . You must excuse me, I am a working man. . . . Mine is fine to work. I must have damages, for I shan’t be able to use this finger for a week, maybe. . . . It’s not even the law, your honor, that one should put up with it from a beast. . . . If everyone is going to be bitten, life won’t be worth living. . . .”

“H’m. Very good,” says Otchumyelov sternly, coughing and raising his eyebrows. “Very good. Whose dog is it? I won’t let this pass! I’ll teach them to let their dogs run all over the place! It’s time this gentry were looked after if they won’t obey the regulations! When he’s fined, the blackguard, I’ll teach him what it means to keep dogs and such stray cattle! I’ll give him a lesson! . . . Yeldyrin,” cries the superintendent, addressing the policeman, “find out whose dog this is and draw up a report! And the dog must be strangled. Without delay! It’s sure to be mad. . . . Whose dog is it, I ask?”

“I fancy it’s General Zhigalov’s,” says someone in the crowd.

“General Zhigalov’s, h’m. . . . Help me off with my coat, Yeldyrin . . . it’s frightfully hot! It must be a sign of rain. . . . There’s one thing I can’t make out, how it came to bite you?” Otchumyelov turns to Hryukin. “Surely it couldn’t reach your finger. It’s a little dog, and you are a great hulking fellow! You must have scratched your finger with a nail, and then the idea struck you to get damages for it. We all know . . . your sort! I know you, devils!”

“He put a cigarette in her face, your honor, for a joke, and she had the sense to snap at him. . . . He is a nonsensical fellow, your honor!”

“No, that’s not the General’s dog,” says the policeman, with profound conviction, “the General hasn’t got one like that. His are mostly setters.”

“Do you know that for a fact?”

“I know it, too. The General has valuable dogs, thoroughbred, and this is goodness knows what! No coat, no shape. . . . A low creature. And to keep a dog like that! . . . where’s the sense of it. If a dog like that were to turn up in Petersburg or Moscow, do you know what would happen? They would not worry about the law, they would strangle it in a twinkling! You’ve been injured, Hryukin, and we can’t let the matter drop. . . . We must give them a lesson! It is high time . . . . !”

“Yet maybe it is the General’s,” says the policeman, thinking aloud. “It’s not written on its face. . . . I saw one like it the other day in his yard.”

“It is the General’s, that’s certain! ” says a voice in the crowd.

“What an idea! We have never had one like that!”

“It is not our dog,” Prohor goes on. “It belongs to the General’s brother, who arrived the other day. Our master does not care for hounds. But his honor is fond of them. . . .”

“You don’t say his Excellency’s brother is here? Vladimir Ivanitch?” inquires Otchumyelov and his whole face beams with an ecstatic smile. “‘Well, I never! And I didn’t know! Has he come on a visit?

Prohor calls the dog and walks away from the timber-yard with her. The crowd laughs at Hryukin.

“I’ll make you smart yet!” Otchumyelov threatens him, and wrapping himself in his greatcoat, goes on his way across the square. 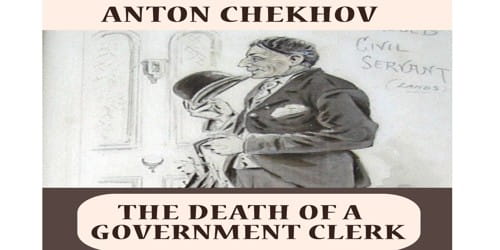 The Death of a Government Clerk 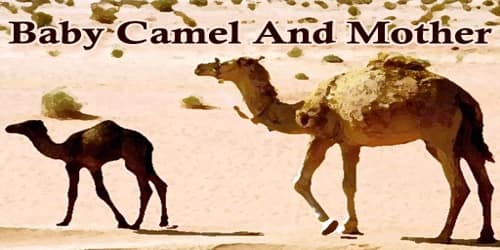 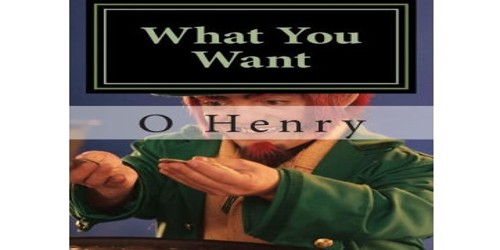 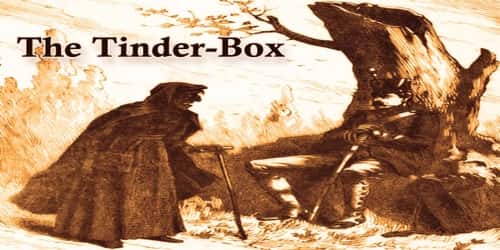