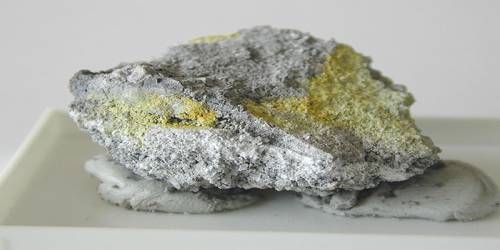 It occurs closely associated with cotunnite as a hydrothermal phase (Chile) or as the product of fumarole activities (Italy). Artificially grown KPb2Cl5 crystals are used for lasers. Occurrence: A hydrothermal mineral in an epithermal vein-type silver deposit (Chile). Also as a sublimate near volcanic fumaroles (Italy).

It was first described from a finding at the Challacollo Mine, Iquique, Chile and thereafter identified in specimens from the 1855 Mount Vesuvius eruption and from the Kudryavyi volcano in the Kuriles and also from the Satsuma-Iwojima volcano in Japan. It was recognized as a valid mineral species by the IMA (International Mineralogical Association) in 2005.