Performance of following types of cable supported bridges during earthquakes is discussed:

Performance of Suspension Bridges during Earthquakes

The various bridge elements, which will be described in the following sections, are seismically vulnerable in suspension bridges.

As the first and most heavily loaded component of a suspension bridge, towers are often constructed of steel. The tower plate cells are the towers’ vulnerable spot during earthquakes. Because the plate cell of the towers is weak, it could give way. The stability of the entire building will be put at danger if the tower shaft buckles, which sustains loads principally. Large tower displacement and a sizably large P-delta effect are also contributing factors to the failure.

A foundation uplift during an earthquake may cause the tower to move forward, backward, or side to side. The weight shifts from its initial location if one side of the base of the shaft separates from the pier. As a result, the tower shaft’s compression stress will significantly rise, and finally the tower shaft will give way.

The installation of vertical stiffeners to the non-compact plates of the tower cells is a workable solution to prevent this kind of failure. Concrete pedestals support the steel tower shaft. The concrete pedestals experience significant shaking and substantial local flexure. These might cause concrete cover spalling and tension cracks. An appropriate measure to tackle this problem is to employ prestressed strands.

The suspension system, which is made up of saddles, a cable band, suspenders, and main cable, is the component of suspension bridges that is most resistant to earthquakes. This intriguing ability to survive earthquake stress may be attributed to a significant safety factor being included when cables were built, as flexible cables can withstand significant shock. The slippage of the connection between the cable saddles and the bridge tower during an earthquake is the main weak point of the suspension system. Due to the significant displacement and considerable cable angle between the main span and side spans, an earthquake vulnerability arises.

The most vulnerable components of suspension bridges are the stiffening girders. Girders are stiffened primarily to bear live loads and wind loads. Therefore, if an earthquake happens that exceeds the wind load, they will suffer significant degradation. Stiffening girders are erected as trusses in bridges that have been in the making for a while.

The most hazardous cause of damage when an earthquake occurs is liquefaction of the soil on which the foundation is fixed. Dealing with soils that are prone to liquefaction is thus extremely important. There are a number of methods that can be used for that aim, including stone columns, densification, and displacement piles.

Suspension bridges and cable supported bridges are similar in many ways. They both have a long, flexible span that they share. Due to their essentially identical construction, suspension and cable-stayed bridges both have similar seismic weak areas, such as tower buckling and soil liquefaction.

Earthquake Performance of Bridges during Construction

It goes without saying that bridges that are still being built are weaker, more earthquake-prone, and subject to greater damage. This is so that even mild or moderate earthquake seismic energies can easily affect a partially built bridge.

As a result, precautions against earthquake forces during building must be taken into account. Due to the rarity of both earthquake shocks and wind-related movements occurring concurrently, it is usually sufficient to take precautions to prevent wind vibrations while a structure is being built in order to minimize the negative impacts of seismic forces. 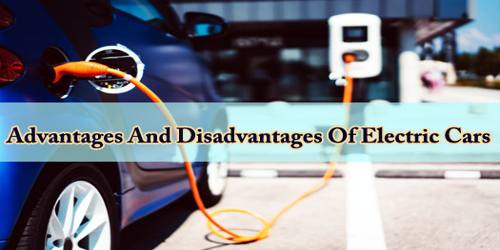 Advantages And Disadvantages Of Electric Cars