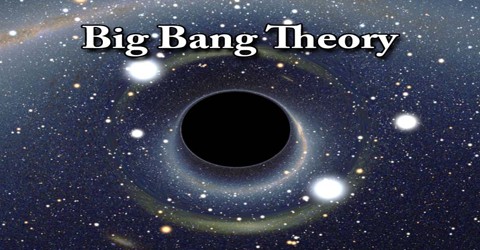 The Big Bang Theory is the leading explanation about how the universe began. A scientific theory describing the origin of all space, time, matter, and energy approximately 13.7 billion years ago from the violent expansion of a singular point of extremely high density and temperature. There are many misconceptions surrounding the Big Bang theory. For example, we tend to imagine a giant explosion. Experts however say that there was no explosion; there was and continues to be an expansion. Rather than imagining a balloon popping and releasing its contents, imagine a balloon expanding: an infinitesimally small balloon expanding to the size of our current universe.

Evidence for the Theory –

The major evidences which support the Big Bang theory are: Determining the Age of the Universe

The cosmic microwave background has been observed on many missions. One of the most famous space-faring missions was NASA’s Cosmic Background Explorer (COBE) satellite, which mapped the sky in the 1990s.

Planck’s observations, released in 2013, mapped the background in unprecedented detail and revealed that the universe was older than previously thought: 13.82 billion years old, rather than 13.7 billion years old. The slightly denser regions of the nearly uniformly distributed matter gravitationally attracted nearby matter and thus grew even denser, forming gas clouds, stars, galaxies, and the other astronomical structures observable today. The details of this process depend on the amount and type of matter in the universe. The four possible types of matter are known as cold dark matter, warm dark matter, hot dark matter, and baryonic matter. The best measurements available (from WMAP) show that the data is well-fit by a Lambda-CDM model in which dark matter is assumed to be cold, and is estimated to make up about 23% of the matter/energy of the universe, while baryonic matter makes up about 4.6%. In an “extended model” which includes hot dark matter in the form of neutrinos, then if the “physical baryon density” Ωbh2 is estimated at about 0.023, this is different from the ‘baryon density’ Ωb expressed as a fraction of the total matter/energy density, which as noted above is about 0.046, and the corresponding cold dark matter density Ωch2 is about 0.11, the corresponding neutrino density Ωvh2 is estimated to be less than 0.0062. While astronomers could see the universe’s beginnings, they’ve also been seeking out proof of its rapid inflation. Theory says that in the first second after the universe was born, our cosmos ballooned faster than the speed of light. That, by the way, does not violate Albert Einstein’s speed limit since he said that light is the maximum anything can travel within the universe. That did not apply to the inflation of the universe itself.

In 2014, astronomers said they had found evidence in the CMB concerning “B-modes,” a sort of polarization generated as the universe got bigger and created gravitational waves. The team spotted evidence of this using an Antarctic telescope called “Background Imaging of Cosmic Extragalactic Polarization”, or BICEP2.

The results from Planck were put online in pre-published form in September. By January 2015, researchers from both teams working together “confirmed that the Bicep signal was mostly, if not all, stardust”.