Bastnäsite is a rare yellow to reddish-brown mineral consisting of a carbonate of fluorine and several lanthanide metals. It occurs in association with zinc and is a source of the lanthanides. Bastnaesite is commonly associated with other rare-earth-bearing minerals such as allanite, cerite, and tysonite; it is often an alteration product of tysonite.

Bastnäsite was first described by the Swedish chemist Wilhelm Hisinger in 1838. It is named for the Bastnäs mine near Riddarhyttan, Västmanland, Sweden. Bastnäsite gets its name from its type locality, the Bastnäs Mine, Riddarhyttan, and Västmanland, Sweden. Ore from the Bastnäs Mine led to the discovery of several new minerals and chemical elements by Swedish scientists such as Jöns Jakob Berzelius, Wilhelm Hisinger and Carl Gustav Mosander. Among these is the chemical elements cerium, which was described by Hisinger in 1803 and lanthanum in 1839.

Bastnaesite occurs in pegmatites near Pikes Peak, Colo. and with fluorite in Lincoln County, New Mexico; it is commercially mined at Mountain Pass, Calif.

Bastnäsite is an important ore of the rare earths, especially the lighter end members, including europium.  Bastnaesite is the most important ore mineral at the Mountain Pass mine in San Bernardino, California near the Nevada border. It also occurs as very high-quality specimens at the Zagi Mountains, Pakistan. Bastnäsite occurs in alkali granite and syenite and in associated pegmatites. It also occurs in carbonatites and in associated fenites and other metasomatites.

Bastnäsite has been found in karst bauxite deposits in Hungary, Greece and the Balkans region. Also found in carbonatites, a rare carbonate igneous intrusive rock, at the Fen Complex, Norway; Bayan Obo, Mongolia; Kangankunde, Malawi; Kizilcaoren, Turkey and the Mountain Pass rare earth mine in California, US. At Mountain Pass, bastnäsite is the leading ore mineral. Some bastnäsite has been found in the unusual granites of the Langesundsfjord area, Norway; Kola Peninsula, Russia; Mont Saint-Hilaire mines, Ontario, and Thor Lake deposits, Northwest Territories, Canada. Hydrothermal sources have also been reported.

Mineralization occurs in Precambrian metamorphic and igneous rocks. The carbonatite complex here constitutes one of the world’s largest lanthanide rare earth deposits. It is composed of eight 100 to 2000 meter-long plugs of carbonatite intrusive rocks and about 200 smaller dikes. Bastnaesite is also an important ore mineral at a number of other rare earth mines in China, including several deposits in Sichuan Province, and the massive deposit at Bayan Obo, Inner Mongolia.

Composition and Structure of Bastnaesite

Bastnaesite is found in carbonatite intrusive rocks, contact metamorphic zones and pegmatites. It has been found as a residual mineral in karst (limestone derived) bauxite deposits. The formula is variable and cerium is commonly substituted by the light rare earths, lanthanum, yttrium, and thorium. It ranges in color from wax-yellow to a deep reddish-brown. Bastnaesite is commonly associated with other rare-earth-bearing minerals such as allanite, cerite, and tysonite.

Bastnäsite is closely related to the mineral series parisite. The two are both rare-earth fluorocarbonates, but parisite’s formula of Ca(Ce, La, Nd)2(CO3)3F2 contains calcium and a small amount of neodymium and a different ratio of constituent ions.

Bastnaesite is normally slightly radioactive due to associated thorium content. It is soluble after heating in hydrochloric acid. 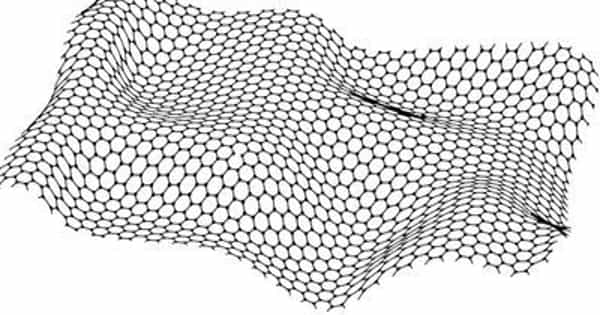 In a Tiny Package, Researchers Combine Photoacoustic and Fluorescence Imaging