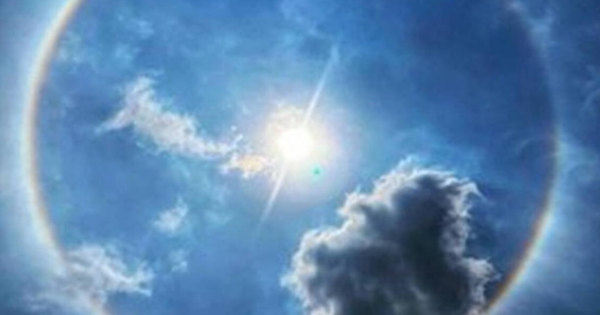 A statistical physics framework can be extended to the nonequilibrium setting to find previously unknown phases of matter catalyzed by periodic driving. In order to investigate newly discovered phases, scientists hope to reduce the runaway heating associated with driving a strongly interacting quantum system.

A. Kyprianidis and an interdisciplinary research team in the United States used a quantum simulator to observe signatures of a nonequilibrium driven phase without disorder to form a prethermal discrete time crystal in a new study published today in Science. The scientists overcame the heating issue by using high-frequency driving to create a large time window for nonequilibrium phases to emerge. The team proposed Floquet prethermalization as a general strategy for creating, stabilizing, and studying intrinsically out-of-equilibrium phases of matter.

A system’s periodic driving or modulation is a versatile method that allows the emergence of phenomena ranging from parametric synchronization to dynamic stabilization. The technique is reliable and widely used in fields ranging from nuclear magnetic resonance spectroscopy to quantum information processing. On a more fundamental level, the periodic Floquet drive gives a system a discrete time-translational symmetry, which can be used to protect newly discovered Floquet topological phases or to form time-crystalline order.

Research team used a quantum simulator to observe signatures of a nonequilibrium driven phase without disorder to form a prethermal discrete time crystal.

Scientists must ensure that the surrounding system does not absorb energy from the driving field in order to realize many-body Floquet phases of matter. Floquet heating can cause a generic many-body system to approach nontrivial order in the presence of a periodic drive, which is followed by characterizing a phase of matter to form steady-state behavior. Traditionally, scientists can address the process of preventing Floquet heating by utilizing strong disorder in the experimental setup; however, they can also use a disorder-free framework to address these challenges via Floquet pre-thermalization.

Kyprianidis et al. investigated a quantum simulator’s long-range spin-spin interactions to observe the signatures of a one-dimensional prethermal discrete time crystal. By individually addressing ions within the one-dimensional chain, the scientists first created a variety of locally inhomogeneous initial states. The quench dynamics were then characterized starting from these states in order to directly observe the approach to the prethermal state for the experimental extraction of the prethermal equilibration time.

To observe the energy dynamics of the experimental setup, the team also measured the time dynamics of the energy density as a function of the driving frequency and prepared states near the bottom and top of the spectrum. The heating time scale increased as the driving frequency increased, and the team investigated the nature of the prethermal time-crystalline order by studying the Floquet dynamics of various initial states of equilibrium and symmetry. Kyprianidis et al. identified the phase boundary for the PDTC (pre-thermal discrete time crystal) in subsequent experiments by observing the life of the time-crystalline order as a function of the energy density of the initial state.

A critical feature of the system’s effective prethermal Hamiltonian (Heff) in the experimental setup ensured long-range Ising interactions to stabilize a ferromagnetic phase. Because of the antiferromagnetic nature of the interactions, the phase occurred at high energy density near the top of the spectrum rather than at low energy density near the bottom. The researchers demonstrated the frequency dependence of the heating time scale as well as the ability to predict the lifetime of the prethermal time-crystal. The presence of an emergent symmetry as a direct result of the periodic driving protocol was the key ingredient underlying the time-crystalline order.

The symmetry corresponded to a global spin-flip during the experiment, implying that the magnetization dynamics of the experimental setup naturally facilitate time-crystalline order. As a result, depending on the energy density of the system, there are two possibilities for pre-thermal dynamics. For example, if the prethermal state corresponded to a symmetry-respecting paramagnet, the magnetization could remain constant over time. Magnetization can alternate if the prethermal state corresponded to a different ferromagnet. The resulting subharmonic dynamics are the distinguishing feature of a time crystal.

The researchers investigated the two regimes by measuring the autocorrelation of magnetization. By considering two additional initial states, they explored the stability of the PDTC phase as a function of energy density.

Kyprianidis et al. described the heating time and lifetime of the time-crystalline order in this way. The results are consistent with a phase boundary occurring at energy density, which is consistent with quantum Monte Carlo numerical calculations. The researchers described the experimental discovery of robust prethermal time-crystalline behavior that lasted beyond early-time transient dynamics. Even in the presence of noise, the prethermal dynamics remained stable, implying that an external bath at sufficiently low temperatures can stabilize the prethermal dynamics indefinitely. This is in contrast to the approaches based on localization that have been used to stabilize Floquet phases.

The findings of this study point to several future directions, including investigating the generalization of Floquet prethermalization, stabilizing Floquet topological phases, and utilizing non-equilibrium many-body dynamics for metrology.