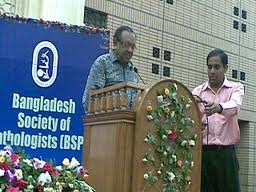 Bangladesh Society and Effects on its Laws

Bangladesh Society and Effects on its Laws

In a civilized society, man lives in a social environment governed by rules of law. The aims and objects of law are to change in the perspective of social modification, social evolution and social development. Again, Social atmosphere changes with the change of society. Similarly, laws introduced and society and the state and government are also mutable. Laws change in respect to the alteration and expansion of socio-economic infrastructure and resulting social behaviour and motives of people.  Protection for legal rights and external treatment of every individual are regulated through well-conducted social infrastructure. It is possible to build up an expected framework of society resisting unexpected as every society is more or less entangled into these problems. Nobody can assault with any amount of certainty that there does not exist any problem in given society. Arrangement for the solution of problems and stopping incoming ones are managed through the introduction of law.

The wellbeing of people is not possible only through new legislation and amendment, alteration or reformation of old ones.  Congenial environment and infrastructure are requisite for the application of laws and execution of judicial decisions. These things are generally in most of the developing country. For this reason, almost all laws turn into paper-law without any application of these. These policies for introduction of any new law foil in consequence of it. Laws are based on some primary policy and on the basis of this policy, laws are generally framed.

The fundamental policy for the introduction of laws is determined in the perspective of changing needs of society. Alteration and evolution are the regular characteristics of society. Introduced criminal laws regulate the instincts of human beings.

There is no universal system and unity to detect the influence of laws in force regarding juvenile delinquency. Different criminologists, sociologist, economists, juvenile or administrators have observed it form different angle of views. However, to detect this effect through statistical information, all have observed the positive perspective of view. In this discussion, they have described the effect of prevailing juvenile delinquency in Bangladesh through statistical information.          Consciousness, management, organization and regulation regarding delinquency exist in a fragile condition in Bangladesh. It means, however, to get criminal statistics serious problems are emerging. The dependence, expansion, or suitability for application of the received information is not out of question. Even between the two opposite tendencies towards research under discussion, they are to depend on the statistics to detect and realize the effect of laws regarding juvenile delinquency in society. Even after having confessed the errors and defect of criminal statistics, they cannot underestimate its total fitness, necessity and magnitude. Some information of statistics regarding delinquency is comparatively correct and more reliable. On the other hand, some are not reliable enough.

The NGO’s and other development partners have taken significant steps in recent times to bring a variety of child protection issues, such as child labour, juvenile justice and the sexual abuse of children out into the open. Such actions demand considerable moral courage. Their endeavours to create a better future for the children of Bangladesh deserve widespread recognition. The Voluntary Social Welfare Agencies (Registration & Control) Ordinance, 1961, the Foreign Donation (Voluntary Activities) Regulation Ordinance, 1978,[24] the Foreign Contribution (Regulation) Ordinance, 1982,[25] and the joint Stock Company Act, 1913 etc are the laws existing in Bangladesh for conducting the activities in the Non-Government organizations have to constitute their own Constitution and Articles of Association with the jurisdiction of the laws to handle their programmes. To be mentioned that, this constitutions and articles of association shave the regulations to be approved by the Ministry of Social Welfare and the Bureau of N.G.O. Affairs. Even if necessity arises for the amendment, and addition alteration at any section or sub-section of the constitution or article of the association, it can be possible only having possible the approval of tow-third members of the committee in a general meeting. Moreover, they must have the approval of the concerned Ministry and N.G.O Bureau.

Under the above mentioned rules and regulations, two non-government organizations in Bangladesh have been working for  prevention and control of the juvenile  prevention and control of the juvenile delinquency  at present. Most of the N.G.O’s with different banks in particular, with the help of nationalized, commercial and agricultural banks, have taken different programmes for income generating and self help activities in the contiguous areas of the country. This is why in particular, the juvenile delinquency and social decline have been decreased largely. Otherwise, it could have reached to an intolerable position.

List of Non-Government Shelter Centres for Women and Children