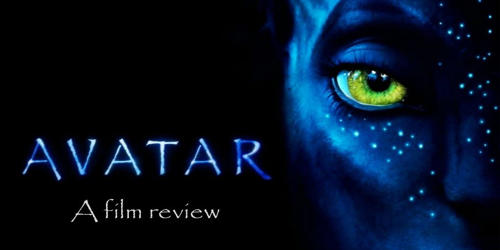 The film, Avatar is directed by James Cameron. It stars Sam Worthington, Zoe Saldana, Stephen Lang, and Sigourney Weaver. The cinematography is in the hands of Mauro Fiore with Joe Letteri handling the special effects and music by James Horner. This action film runs for 2 hours and 43 minutes.

The film tells the story of a paraplegic marine, Jake Sully, played by actor Sam Worthington. After Jake’s twin brother dies, he is asked at the last minute to go to a new planet called Pandora in his brother’s place. Jake is sent on a special mission, along with his new virtual avatar body (so that he looks like the natives), to integrate himself with them and gain their trust.

Jake meets Neytiri (Zoe Saldana) a member of the Navi, the indigenous, primitive humanoid race that resides above a plot of land on Planet Pandora. The US Army lands on Pandora, an earth-sized satellite in outer space, to mine its valuable minerals from Pandora’s soil. But before their objective is established, the army has to fight with the peace-loving inhabitants of the alien world of Pandora. Giovanni Ribisi’s Parker Selfridge, the company executive has the choice of peace or superior firepower.

After several weeks of learning their ways, Jake begins to develop feelings for the big blues, and even finds himself falling in love with Neytiri.

But Selfridge has no time for pleasantries. He has a battle-hardened colonel (Lang) just waiting to unleash military hell, and Jake has given them just enough information to begin their campaign.

Two groups of people lead the invading humans. The character Dr Grace, played by actress Sigourney Weaver, leads the kind-hearted scientists. Their mission is to learn and understand Pandora’s physical environment and also learn about the Navi and how to possibly relocate them in a humane way. Colonel Quaritch played by actor Stephen Lang, leads the warriors. Their main goal is to destroy and kill the Pandora Navis and their land.

However, Jake finds himself leaving his human colleagues and joining the indigenous race of life forms in their battle for survival.

Avatar has received attention because it is the first film to be released in 3D. The 3D effects were smooth and mesmerizing. They made the file come to life with the feeling that the breathtaking scenery was directly in front of you and that you were there with the characters and among the landscape.

Avatar truly marks the coming-of-age of 3-D cinema with its pure technology, special. effects, beautiful finesse, aesthete, shock, fearfulness, and eye for detail. The director’s vision inside the Pandora is a pure art that is made more beautiful with the tall and wide-eyed people, lush greenery, and the post-modern creatures. With its simple straightforward narration, the movie’s evergreen romance between. a human and an alien blended beautifully with the strong anti-war statement, giving Avatar its simplicity and heart.

Director and Screenwriter, James Cameron has no doubt created a burly and visually thrilling appeal to save the world, before it is too late. The cinematography by Mauro Fiore is excellent and the special effects by foe Letteri are truly mind-blowing. Music given by James II pier goes off smoothly with the flow of the movie. Both Zoe Saldana and Sam Worthington perform their roles excellently and have shaped up the warm love story of the Navi woman and the blue-skinned human avatar perfectly.

I enjoyed the film for its uniqueness, its storyline of survival set against power, and violence. I would rate it 8/10. If you like futuristic films with a dash of incredulity plus romance and 3D magic, Avatar is for you.