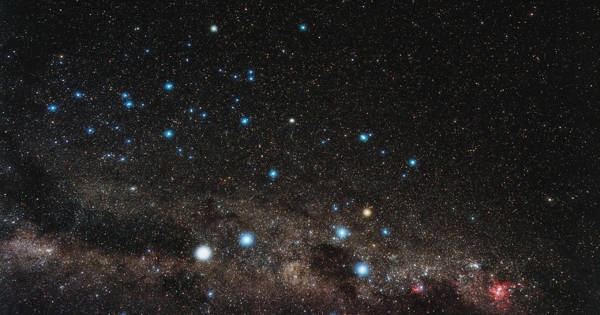 People investigate the universe in a variety of ways: we build telescopes on the ground and in space; we send unmanned spacecraft to explore the solar system and beyond; we’ve landed on the Moon, and we may soon travel to Mars. Here are some examples of the various forms of the search for knowledge beyond our planet.

Astronomers are constantly looking for new ways to study the sky. Many things obstruct our views, such as gas and dust, and some radio signals are too faint for us to pick up on Earth. A mega telescope that can see farther than ever before is one of the innovative new ideas. New technologies are also allowing us to see beyond the gas and dust to see faint and hidden galaxies.

Light travels at a speed of nearly 300 million kilometers per second. It is the most rapid thing in the universe. Even at this speed, light takes approximately 25,000 years to travel from the edge of our galaxy to Earth. This means that when we look through telescopes at the galaxy’s edge, we’re actually seeing it as it was 25,000 years ago. The further you look, the further back in time you can see.

Astronomers are on the search for a mysterious signal. This signal could chart the universe’s first stars and tell us how existence took shape.

Cathryn Trott works as an astronomer at the Curtin Institute of Radio Astronomy. Cathryn is attempting to gain insight into the early universe by observing the space between galaxies. There are still faint traces of radiation leftover from the formation of stars and galaxies. We can learn about the history of our universe as this radiation hits Earth.

Cathryn describes the early universe as “filled with a fog of neutral hydrogen gas.” “Ionizing light was produced when the first stars and galaxies formed. This light was powerful enough to remove protons and electrons. That is exactly what happened to this neutral hydrogen fog.”

Data is everything in astronomy. The universe is expanding, as is the amount of information we have about it. However, one of the most difficult challenges for the next generation of astronomers will be determining how to study all of the data that is being collected.

“We get this signal by staring at the same patch of sky for an extended period of time. We collected data from the Murchison Widefield Array (MWA) over four years during specific seasons and integrated it “Cathryn explains.

Cathryn has compiled years of data in search of this signal. Nobody has found it yet, but astronomers are getting close. “Part of the problem in detecting the signal is that we don’t know what the signal is. We don’t know how bright it will be or where it will come from, but we do know that it will be bright “Cathryn explains. “We have a rough idea about this signal, but our models show that finding it will take 1000 hours of clean data. We ran the largest experiment on this for 110 hours.”

Cathryn discards clean data after removing telescope readings of nearby satellites, stars, and galaxies. “Because we have the MWA and the Square Kilometer Array, Western Australia is perfectly positioned to conduct this experiment. We also have dark skies and astronomy knowledge here.”

The signal is expected to be discovered before 2029, according to astronomers. It will be the first step toward proving that all of the bodies in our known universe formed from a cloud of hydrogen gas.

A word of caution is in order. Even in this remote location in Western Australia, the hydrogen signal is thousands of times fainter than the background radio noise. If confirmed, it will provide a new observational window into the early universe and potentially a new understanding of the nature of dark matter.