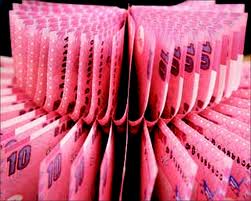 The continued recovery of the global economy resulted in unusually widespread growth in 2004, but a modest slowdown in all regions is expected in 2005, according to projections contained in World Economic Situation and Prospects 2005 (WESP 2005). Developing counties grew at the fastest rate in 2004. In addition to the stimulus provided by the United States, China is making an increased contribution to global economic growth. Its rapid expansion has contributed to increased global demand for oil and many non-oil commodities, with the higher prices for the latter bringing particular benefit to several countries in Africa and Latin America.

The growth of world trade in 2004 was projected to rise sharply to 8.8 percent compared with 5.1 percent in 2003. While growth of exports from the advanced economies is projected to increase sharply in 2004, growth of exports of other emerging market and developing countries as a group was projected to decline marginally in 2004, but will remain at a high double-digit level. The growth of imports for the advanced economies is projected to increase substantially to 7.6 percent from 3.7 percent recorded in 2003 reflecting economic recovery. The global financial system, especially the health of the financial intermediaries improved in 2004 on the strength of broadening economic recovery. Stock and bond market performed relatively well during the first half of 2004 aided partly by rising corporate profitability)

In 2005, global economic growth is projected to decline somewhat from 5 percent expected in 2004 to 4.3 percent as the positive factors are offset by decline in spare capacity and the withdrawal of fiscal and monetary stimulus in advanced economies.

Bangladesh economy maintained the growth momentum in FY04 based partly on continuing improvement in macroeconomic performance despite some adverse external developments, notably oil and commodity price hike. Bangladesh is in the process of a transition from a predominantly agrarian economy to a quasi-industrial and service economy. The private sector is playing an increasingly active role in the economic life of the country, while the public sector concentrates more on the physical and social infrastructure. Country’s GDP grew by 5.5 percent in FY04, up from 5.3 percent recorded in FY03. The 5.5 percent real GDP growth in FY04 was underpinned by a steady growth in industrial and services sectors, reflecting expansion in both domestic and external demand. Country’s economic growth was facilitated by robust growth of exports, imports and remittances. In U.S. dollar terms, export earning recorded a growth of 15.9 percent while import payment grew by 12.4 percent. Money grew at 13.8 percent in 2004. Domestic credit grew by 15.0 percent, reflecting mainly growth in private sector credit aided by moderate decline in lending rates. The industry sector attained 7.7 percent growth in FY04, compared with 7.3 percent of FY03. Overall, the services sector grew by 5.7 percent in FY04, m9derately higher than 5.4 percent recorded in FY03. Domestic savings as a percentage of GDP rose from 18.2 OT FY03 to 18.3 in FY04.. Similarly, domestic investment as a percentage of GDP rose from 23.4 of FY03 to 23.6 in FY04. Broad money (M2) growth stood at 13.8 percent in FY04.

The Cash Reserve Requirement (CRR) for the scheduled banks with the Bangladesh Bank remained unchanged in FY04 at 4.0 percent of their total demand and time liabilities. Effective from November 08, 2003, the Statutory Liquidity Ratio (SLR) for the scheduled banks, excepting banks operating under the Islamic Shariah and the specialized banks, was revised downward to 16 percent of their demand and time liabilities. The bank rate was revised downward from 6 percent to 5 percent on 6 November 2003 and remained unchanged thereafter.