Artificial intelligence (AI) deep learning’s pattern-recognition capabilities are fast advancing potential new methods to identify health problems early. A recent study from the Brigham and Women’s Hospital in Boston and the Massachusetts General Hospital shows how an AI deep learning model can predict the 10-year probability of death from stroke or a heart attack from a single chest X-ray.

The researchers presented their findings at the recent Radiological Society of North America (RSNA) 2022 annual meeting.

According to data from the World Health Organization (WHO) , cardiovascular diseases (CVDs) are the biggest cause of mortality worldwide, accounting for an estimated 15.2 million deaths worldwide in 2019. When cardiovascular illness is caught early, there is a chance for potentially life-saving procedures and treatments.

According to the WHO, most cardiovascular diseases can be prevented by altering behavioral patterns and lifestyle choices, such as through improved food, increased exercise, and quitting dangerous alcohol and tobacco use.

According to a study by Grand View Research, the global market for artificial intelligence in healthcare is predicted to rise from a value of USD 15.4 billion in 2022 to USD 208.2 billion by 2030, expanding at a CAGR of 38.4% over that time.

According to the same report, this trend is being influenced by the growing acceptance of precision medicine, the growing significance of medical big data, declining hardware costs, and the requirement to lower healthcare expenses.

Using deep learning for radiology as an assistive tool is a natural fit.

For many years, radiologists have employed computer-aided diagnostics (CAD), an older version of artificial intelligence, for tasks like identifying lung nodules on chest CT scans and breast cancer on mammography.

The previous CAD software was programmed using subject-matter expertise. The most recent method makes use of deep learning to discover latent patterns inside imaging data without hardcoding in light of the development of AI computer vision and massive data sets.

For this study, the researchers used more than 147,400 chest X-rays from more than 40,600 patients in multiple centers for a controlled trial for prostate, lung, colorectal, and ovarian cancer screening sponsored by the National Cancer Institute to train an AI deep learning algorithm called the CXR-CVD risk model.

The methodology was next tested using chest X-rays from a second independent cohort of approximately 11,400 Mass General Brigham outpatients who would be suitable for statin therapy.

During the median follow-up of 10.3 years, about 9.6% of these individuals experienced a major cardiac event. The predictive values of the AI algorithm were compared to the accepted clinical criterion for determining statin eligibility.

The scientists reported in a statement that their AI deep learning algorithm was able to predict future major adverse cardiovascular events from a single chest X-ray image “with similar performance and incremental value to the established clinical standard.” 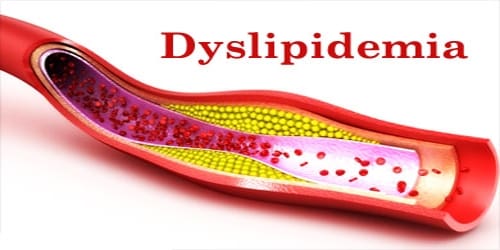