Home Business Economics According to a Study, it Makes Economic Sense to Gradually Open the Economy as More People Get Vaccines Data analysis by a study team from the University of New Mexico revealed that when more people receive the COVID-19 vaccine, it becomes economically advantageous to start easing social segregation policies and starting enterprises.

Lead author of the Scientific Reports article “Data-driven Optimized Control of the COVID-19 Epidemics,” which was released on March 22, is associate professor of mechanical engineering Francesco Sorrentino.

Co-authors of the study include Yen Ting Lin, a staff scientist in the Information Science Group in the Computer, Computational and Statistical Sciences Division at Los Alamos National Laboratory, and Afroza Shirin from the departments of mechanical engineering and electrical and computer engineering.

From January 21 to July 8, 2020, researchers examined data from four metropolitan statistical areas (MSAs) in the United States: Seattle, New York City, Los Angeles, and Houston. The four cities were picked because their experiences with the virus have been inconsistent (Seattle and New York City were early hotspots, while Los Angeles and Houston peaked in the summer).

As more businesses, schools, and other organizations consider when and how to reopen during the epidemic, Sorrentino noted that while the results may seem obvious, they are significant since the model is inferred and parametrized by regional fresh case reports.

“Our work is quantitative, so it can hopefully offer some evidence that shows the vaccines are going to allow us to loosen social distancing measures, including opening businesses,” he said. “It provides a measure of hope as we go forward and increase the percentage of citizens who are vaccinated.”

He points out that the study was looking at just the numbers, what he calls an “optimization problem,” to determine the economic cost of keeping many businesses closed or at reduced capacity.

We did not look at this mainly from a public health standpoint. We were looking at the economic impact of the pandemic, which we attempted to minimize while in the presence of constraints relevant to the public health domain, such as suppressing the number of infected individuals below a threshold over the course of a few months. But our model shows that even before we achieve herd immunity, we can relax social distancing compared to the situation prior to immunization.

According to Sorrentino, the study’s definition of economic impact was based on how much a city’s economy was dependent on establishments like eateries, gyms, salons, and airports, which would suffer if customers weren’t physically there.

The study took into account both the costs associated with quarantining (which requires supervision costs as well as costs due to lowered productivity) as well as social distancing (which incurs costs only due to productivity).

“We did not look at this mainly from a public health standpoint. We were looking at the economic impact of the pandemic, which we attempted to minimize while in the presence of constraints relevant to the public health domain, such as suppressing the number of infected individuals below a threshold over the course of a few months,” he said. “But our model shows that even before we achieve herd immunity, we can relax social distancing compared to the situation prior to immunization.”

There are also other limitations to the study, according to Sorrentino. For example, since the analysis was conducted before virus variations became a concern in the United States, that element was not taken into consideration.

Beginning on December 14, 2020, when the vaccination is first delivered, the analysis focused on Seattle. Despite the little information available, immunizations had a significant impact on the so-called “optimal control solution.” These ideal solutions were computed in the study under a variety of circumstances.

“While the optimal interventions would vary depending on a number of factors, we always saw that a gradual relaxation of social distancing was possible after roughly 10% of the population got vaccinated,” he said.

When compared to the scenario where the effects of immunizations were not taken into account in the model, the trend was becoming apparent after just 20 days.

“With even just a small percentage of the population being vaccinated, much less social distancing was optimal, so it can be assumed that the effect from increased vaccination efforts will be even more robust,” he said.

In addition, Sorrentino underlines that everyone should continue to abide by the present health and policy directives and that any relaxation of social distance should follow them and be gradual. Of fact, depending on the virus’s rates of propagation and its varieties, this advice may change.

Using mathematical models, Sorrentino has done a lot of research on control theory and synchronization. He received the National Institutes of Health Trailblazer Award last year from the National Institute of Biomedical Imaging and Bioengineering for a study that might enhance when and how patients receive medications for illnesses. 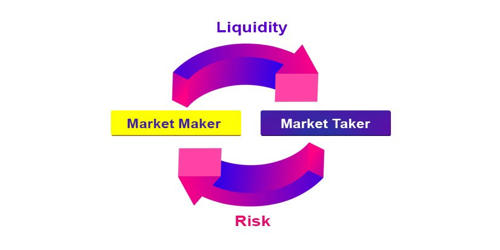