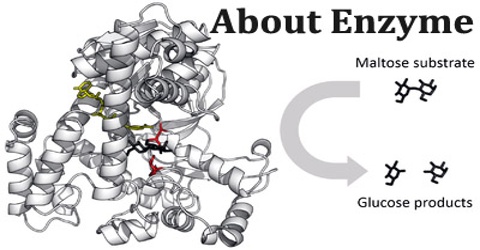 Enzyme is any of numerous proteins produced in living cells that accelerate or catalyze the metabolic processes of an organism. All chemical reactions occurring in a living organism are dependent on the catalytic actions of enzymes, and this is why enzymes are called Biotransformation. At present, there are about 4,000 kinds of enzymes whose actions are well known. Most enzymes are proteins, although a few are catalytic RNA molecules. The latter are called ribozymes. Enzymes’ specificity comes from their unique three-dimensional structures. 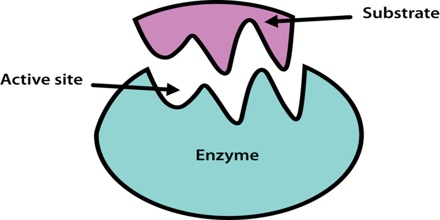 Enzymes are usually very selective in the molecules that they act upon, called substrates, often reacting with only a single substrate. The substrate binds to the enzyme at a location called the active site just before the reaction catalyzed by the enzyme takes place. It can speed up chemical reactions by up to a millionfold, but only function within a narrow temperature and pH range, outside of which they can lose their structure and become denatured.

Enzymes can be isolated using various protein purification methods. The purity of an enzyme preparation is measured by determining its specific activity. Enzymes are involved in such processes as the breaking down of the large protein, starch, and fat molecules in food into smaller molecules during digestion, the joining together of nucleotides into strands of DNA, and the addition of a phosphate group to ADP to form ATP.

Enzymes are classified into six categories based on the types of reaction catalyzed that is, oxidoreductase, transferase, hydrolase, lyase, ligase, and isomerase, according to the Enzyme Commission, International Union of Biochemistry and Molecular Biology. Hydrolases, oxidoreductases and transferases are the most numerous forms of enzymes, while the remaining forms of enzymes are less common. 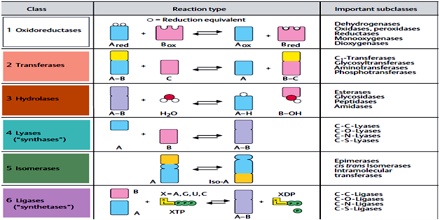 Individual enzymes are further classified systematically based on the chemical name of the substance modified by the enzyme (substrate) and its reaction mechanism. Enzymes are named with the use of letters and numbers: EC plus four numbers representing four elements. For example, 1,4-α-D-Glucan glucanohydrolase (common name: α-amylase) is named as EC 3.2.1.1.

Structure and Functions of Enzime

Enzymes are composed of one or more long chains of interconnected amino acids. Each enzyme possesses a unique sequence of amino acids that causes it to fold into a characteristic shape. An enzyme’s amino acid sequence is determined by a specific gene in the cell’s nucleus. This ensures that each copy of the enzyme is the same as all others. On the surface of each enzyme is a special cleft called the active site, which provides a place where reagents can ‘meet’ and interact. Much like a lock and its key, an enzyme’s active site will only accommodate certain reagents, and only one type of chemical reaction can be catalyzed by a given enzyme. 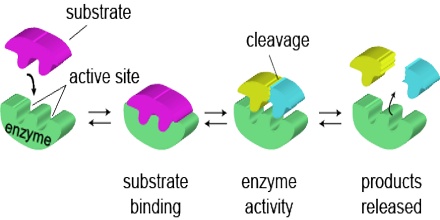 Enzyme structures unfold (denature) when heated or exposed to chemical denaturants and this disruption to the structure typically causes a loss of activity. Enzyme denaturation is normally linked to temperatures above a species’ normal level; as a result, enzymes from bacteria living in volcanic environments such as hot springs are prized by industrial users for their ability to function at high temperatures, allowing enzyme-catalysed reactions to be operated at a very high rate. In some enzymes, no amino acids are directly involved in catalysis; instead, the enzyme contains sites to bind and orient catalytic cofactors. Enzyme structures may also contain allosteric sites where the binding of a small molecule causes a conformational change that increases or decreases activity.

Enzymes function in a mild environment similar to the body environment of a living organism, and they support life by synthesizing and degrading materials that constitute the building blocks of the organism and by creating energy. Enzymes function as highly selective catalysis in such a way that they selectivity catalyze specific reactions (reaction specificity) and specific materials (substrate specificity). 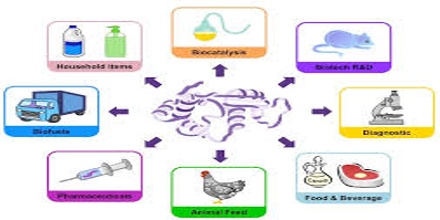 Enzymes can be also used in the meat packing industry; Papain which is proteolytic in action, therefore hydrolyses peptide bonds thus for tenderizing meat and beef. They have their role in Manufacturing of cheese; example: Rennin (chymosin) found in stomach, converts milk protein casein to curd like calcium paracaseinate.