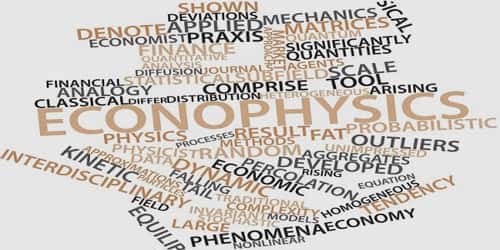 Econophysics is the branch of physics where the physics theories are applying for the analysis of economics and finance problems. Some of its application to the study of financial markets has also been termed statistical finance referring to its roots in statistical physics. The Econophysics is based mainly on the statistical, probabilistic physics, nonlinear dynamics.

The term itself was coined by an American physicist named Harry Eugene Stanley, who saw merit in the idea of applying approaches used in statistical physics to figure out problems in economic systems. These are mostly systems that involve nonlinear dynamics or a great deal of uncertainty.

In recent years network science, heavily reliant on analogies from statistical mechanics, has been applied to the study of productive systems. That is the case with the works done at the Santa Fe Institute in European Funded Research Projects as Forecasting Financial Crises and the Harvard-MIT Observatory of Economic Complexity. 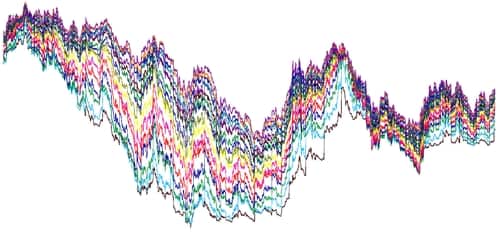 If “econophysics” is taken to denote the principle of applying statistical mechanics to economic analysis, as opposed to a particular literature or network, priority of innovation is probably due to Emmanuel Farjoun and Moshé Machover (1983). Their book Laws of Chaos: A Probabilistic Approach to Political Economy proposes dissolving (their words) the transformation problem in Marx’s political economy by re-conceptualizing the relevant quantities as random variables.

The term “econophysics” can also be understood to mean the physics of finance because it attempts to understand the global behavior of financial markets from a scientific standpoint. It has its roots in ancient history; Copernicus and Isaac Newton were two luminaries who applied statistical physical concepts to economic problems. Physics involves trying to understand how macroscopic effects are bought about by a huge number of microscopic interactions, so some of the tools used by statistical physicists can be used to more accurately understand market dynamics.

Fat tails can, however, also be due to other phenomena, such as a random number of terms in the central-limit theorem, or any number of other, non-econophysics models. Due to the difficulty in testing such models, they have received less attention in a traditional economic analysis.

In contrast, econophysics is having some impact on the more applied field of quantitative finance, whose scope and aims significantly differ from those of economic theory. Various econophysicists have introduced models for price fluctuations in financial markets or original points of view on established models. Also, several scaling laws have been found in various economic data.

Econophysics involves the collaboration of physicists, mathematicians, and economists who hope to discover new insights into the behavior of financial markets through a statistical approach. Econophysics has also been used to study industrial economics. Hidden Monopoly in the Free Market